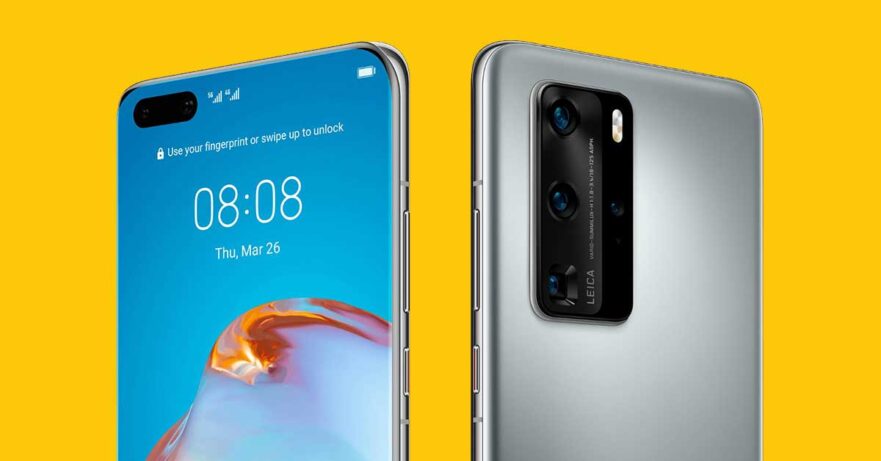 We’ve been swamped with still-unverified information on Huawei‘s upcoming P40 series flagship smartphones, which will be launched at an online event March 26th.

One of the most recent leaks is what’s supposed to be a picture of an actual Huawei P40 Pro unit. To be fair, this one doesn’t seem fake, as the device in the photo looks similar to the handset that’s in Huawei’s promo materials.

In the image above, you’ll see a closeup of the upper part of the Huawei P40 Pro’s screen. You can clearly see the dual punch-hole front camera. The bezels are barely there, and the curved edge reminds us of the Huawei P30 Pro’s.

The other latest word from the rumor mill comes from one of the more reliable tipsters in India. The leakster has divulged what he claims are the specs of the Huawei P40 and Huawei P40 Pro.

Both smartphones are said to be equipped with a Kirin 990 5G chip and Huawei XD Engine Fusion for Pictures technology.

But while the regular P40 supposedly has three rear cameras, one selfie shooter, and a smaller screen and battery, the Pro model boasts four cameras, two selfie shooters, and a bigger 6.58-inch display and 4,200mAh battery. You can see the details in his tweets below.

Supposed specs of the Huawei P40 Pro and Huawei P40

Given that we were impressed with the Huawei P30 and P30 Pro, we can’t help but look forward to what Huawei has to offer this time around.