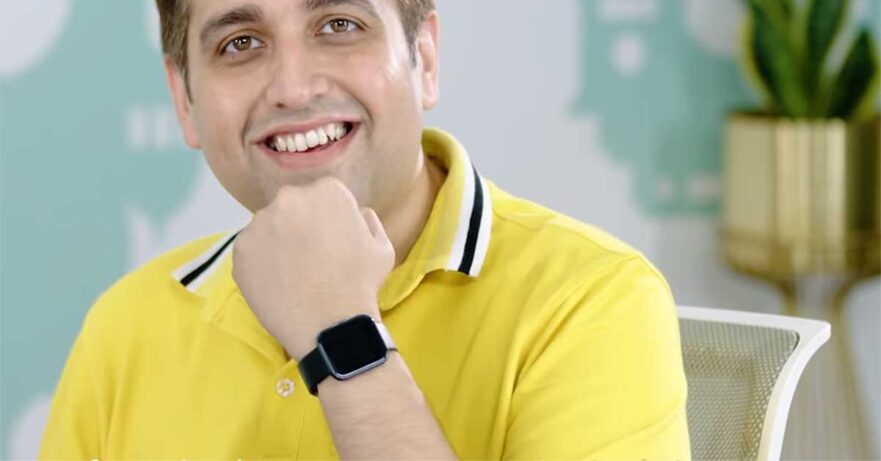 Realme has suspended the launch of the Narzo 10 and Narzo 10A in India due to the nationwide lockdown imposed by the government as a way to slow down the spread of the coronavirus. Naturally, the release of the budget smartphones will be delayed, too.

The lockdown has also thrown a wrench in the company’s plans to announce new products, including Realme’s first-ever smartwatch. However, in the latest episode of Realme India’s #AskMadhav video series, Madhav Sheth has confirmed and shown off the upcoming device (at the 5:28 mark in the video), along with a new purple paint job for the Realme 6 Pro (1:46 mark).

Talking about the Realme Band, the Realme India CEO likewise said the company will make the straps for the Realme Band fitness tracker available separately (3:34 mark) and that a Bluetooth speaker is in the pipeline for Realme’s expanding product portfolio as well (5:41 mark).

Unfortunately, Sheth didn’t say anything about the specs and features of the watch, which is said to bear the model number RMA183. We do know it looks like an Apple Watch, with its square watch face, but it doesn’t seem to have curved edges like the recently launched OPPO Watch.

Based on the company’s track record, we expect the Realme smartwatch to be priced aggressively, and it’s likely that we’re looking at one of the cheapest smartwatches on the market when it releases. But on the flip side, don’t be surprised if the device doesn’t run Google’s Wear OS and its features are limited compared to more expensive watches out there.

Realme has already expanded into earbuds, true wireless earphones, power banks, and phone cases. Some have even already made their way to the Philippines. So its push into wearables is something we expected to happen sooner rather than later. The former OPPO sub-brand is also set to launch a smart TV later this year.