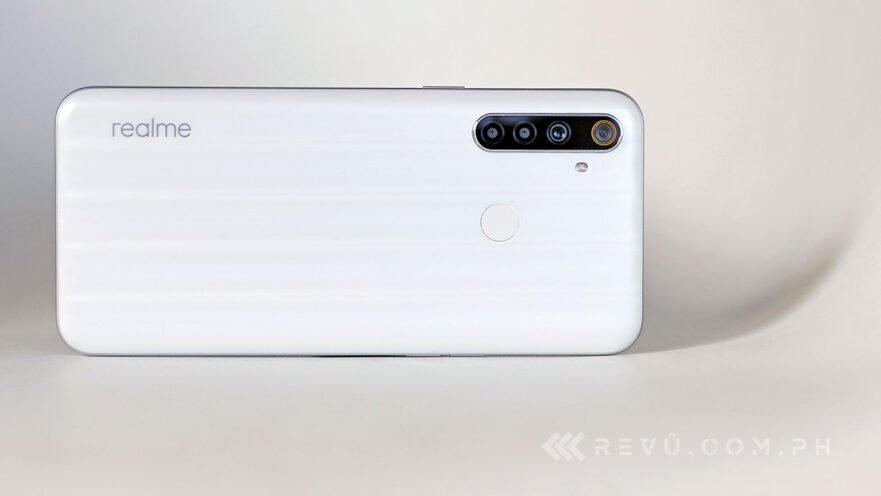 The Realme 6i is now official in the Philippines, adding to the list of capable yet affordable smartphones in the country.

(Update, June 3: There’s a new color variant! Read Realme 6i in Blue Soda to be available in PH starting June 4.)

And like other devices from the company, the 6i is loaded with features you’ll be hard-pressed to find in other budget models. Realme‘s latest local release also upgrades to the new MediaTek Helio G80, and it’s actually the first to use the said chipset.

Additionally, the 6i improves on its predecessor with a better rear camera and a USB-C port that can charge the battery fairly quickly. There’s more — so much more — so to find out if the former OPPO sub-brand has succeeded in introducing another quality handset for less, check out our review of the Realme 6i.

Realme 6i price and availability

In the Philippines, the newly announced Realme 6i is initially available on Lazada at these prices:

You can choose between two color options — White Milk and Green Tea. The first flash sale is scheduled for May 15; the next one will be on May 20. Early adopters will enjoy a P500 ($10) discount on both models.

The Realme 6i features a plastic build with a waterdrop notch and a slightly chunky bottom bezel in front and quad cameras on the back. The highlight of the hardware is the rear design, which is made to look like it has vertical lines running from top to bottom.

If you can’t see the pictures on this page properly, try imagining a Rimowa suitcase in white or green. Despite the use of plastic all around, the build quality is mostly solid; no one would fault you for thinking this phone costs more than it actually does. It is designed by renowned Japanese product designer Naoto Fukasawa, after all; he’s the man behind the Realme X series’ Master Edition models.

The overall dimensions and weight of the Realme 6i are manageable, but you might encounter some difficulty wrapping your fingers around the handset because of its width and sizable battery.

It’s nice to look at, and it feels great in the hand, too — a real joy to use. Realme used a matte finish on the back of the 6i, so it’s smooth and easy to clean and remove fingerprints from the casing. Realme also eased the edges of the frame, making one-handed usage a lot easier.

The physical buttons on the side are responsive, and they’re quite easy to reach with one hand. The right edge of the phone is where the power key sits, while the separate volume keys are located on the left.

Located at the bottom is a USB-C port flanked by a 3.5mm audio jack and a single loudspeaker, which is decent for media and alerts. For private listening, you can plug in a pair of headphones or connect to an external speaker using Bluetooth 5.0.

Or you can do both; the 6i supports Dual-Mode Audio on Realme UI. This experimental feature allows a Bluetooth connection and the headphone jack to be used simultaneously for audio output. Do note, however, that the phone doesn’t ship with a wired headset.

The fingerprint scanner on the back has a smooth matte finish and works really well to conveniently unlock the phone. There’s also face unlock, but the absence of an infrared sensor up front means you can’t rely on it to work consistently in dark areas.

The Realme 6i sports a 6.5-inch HD+ LCD screen with a waterdrop notch on the top bezel, just like the Realme 5i before it. There’s also Corning Gorilla Glass 3 layered above the display glass to make it more durable against scratches and scuffs. The aspect ratio remains 20:9, which makes the device taller and easier to operate one-handed.

Though it isn’t a marked upgrade over its predecessor, the picture quality here is decent for the money. We have no major complaints about the display. It’s a good LCD screen overall.

Unfortunately, the 6i doesn’t have Widevine L1 certification, so it can’t play HD content from Netflix, Amazon Prime Video, and other similar apps on the Google Play Store.

The Realme 6i packs four cameras on the back, with a 48-megapixel main sensor and dedicated sensors for ultra wide, portrait (mono), and macro photography.

The 48-megapixel, f/1.8 camera is a notable step up from the 12-megapixel unit on the back of the Realme 5i, while the other sensors remain the same. There’s no telephoto option, which is understandable given the price point. The front-facing camera in the notch gets 16 megapixels and f/2.0 lens.

Looking at the camera app, the 6i is capable of bright low-light shots with Night mode enabled. It has Expert, Ultra Macro, and Slo-mo modes for creative shooting options, too.

As with other Realme devices, the 6i’s native camera app includes Chroma Boost, which enhances the vibrancy and saturation of colors for a more dramatic look. It also lets you apply some basic color and beauty filters. 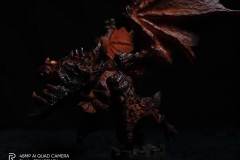 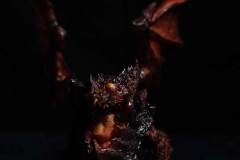 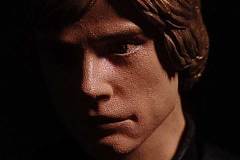 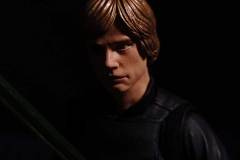 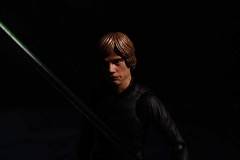 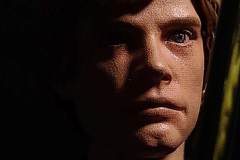 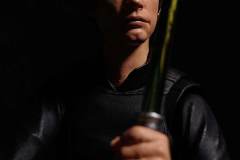 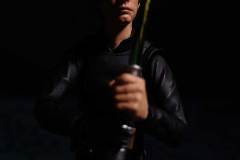 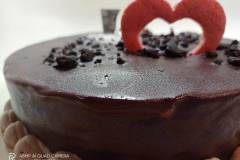 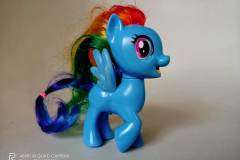 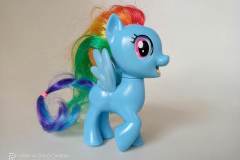 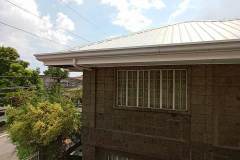 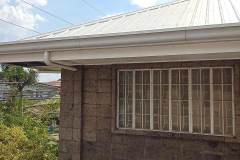 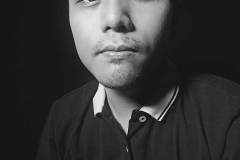 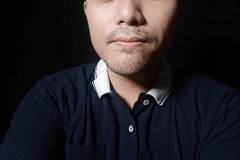 Pictures look good up front, especially in daylight. But on zooming in, you might notice a lack of detail in ultra-wide shots, as well as in 2x and 5x photos. Selfies are sharp and detailed, with decent exposures and natural-looking skin tones in ample lighting. The samples we took are almost as good as images from the primary camera.

Video can be recorded at up to 60 frames per second at a maximum of 1080p. This makes the 6i one of the few options on the local market capable of recording 1080p/60 fps footage. The front camera shoots natively at full HD, albeit at 30 fps.

Arguably the main attraction of the Realme 6i can be found inside. It’s the world’s first phone that uses a MediaTek Helio G80, which is one of the newest chipsets on the market and uses a 12nm process like others in the Helio G series.

The G80 features two Cortex-A75 cores for demanding tasks and six Cortex-A55 cores that take care of less-intensive tasks. It boasts Mali-G52 MC2 graphics as well, which is the same GPU the Helio G85 and Helio P65 carry.

The Realme 6i and Redmi Note 9 are often compared with respect to their processors, but there’s almost no huge difference in terms of real-world performance, as the Helio G80 and Helio G85 are identical. The only notable difference between the two is that the G85 boasts a higher GPU clock speed than the G80.

For most gamers, the internals of the Realme 6i won’t disappoint in the budget-price bracket. It handles most games with ease, and even graphics-intensive titles run fine for the most part. Of course, there will be frame drops if you play Fortnite and Black Desert Online at higher settings, but they’re still largely playable.

We ran some standard benchmarks on our review unit with 4GB RAM and 128GB storage, which provides ample space for high-resolution media files and heavy games. The benchmarks indicate the MediaTek Helio G80 is similar in performance to devices powered by a MediaTek Helio G85 and Qualcomm’s Snapdragon 710 and 712 chips.

The Realme 6i runs the latest version of Realme UI on top of Android 10, making it the second Realme handset to ship with the company’s first custom Android software after the Realme C3. Its predecessor, the Realme 5i, launched with a forked version of OPPO’s ColorOS software based on Android 9.0 Pie.

On top of that, Realme added the ability to personalize icon styles and quickly share big files between compatible OPPO, Vivo, and Xiaomi devices using a new wireless protocol.

The Realme 6i packs a 5,000mAh battery inside for a two-day battery life, and perhaps a little further beyond that if its power-saving features are turned on.

The battery supports fast charging up to 18 watts using the included power brick and cable, so there’s no need to a buy a fast charger separately. It’s worth noting that the 6i’s USB-C port and fast-charging feature are firsts for a Realme budget handset. By comparison, the 5i can be charged at a maximum of 10 watts over microUSB.

The Realme 6i’s battery life is top-notch. Our unit lasted days off a single charge without requiring a connection to the power brick

With testing, we found the 6i’s battery life to be top-notch. Our unit lasted days off a single charge without requiring a connection to the power brick. The standby battery drain is minimal, and the company offers plenty of options to stretch out the battery life. 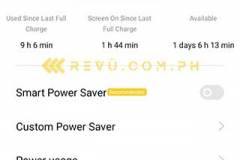 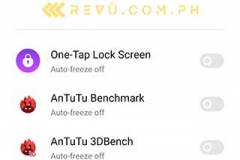 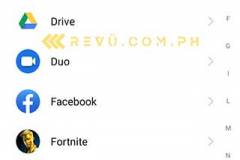 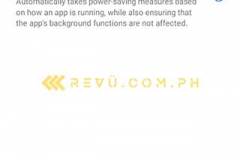 You can enable Custom Power Saver in the Settings app to identify which applications are allowed to run in the background and consume power. There’s also App Quick Freeze, which automatically freezes idle apps and prevents them from sending and receiving messages and accessing data in the background.

It seems improbable because the Realme 5i is a great phone at a great price, but the Realme 6i manages to improve on its predecessor in ways that make the sequel better in almost every aspect.

It’s priced slightly higher, but the extra cash is worth spending considering the significant upgrades to the design, processor, camera, and charging port.

Realme has done it again. The 6i is a can’t-miss contender in the lower-price bracket and an outstanding first release for the Realme 6 series in the Philippines. We can’t wait to see what else the company has in store for the local market.