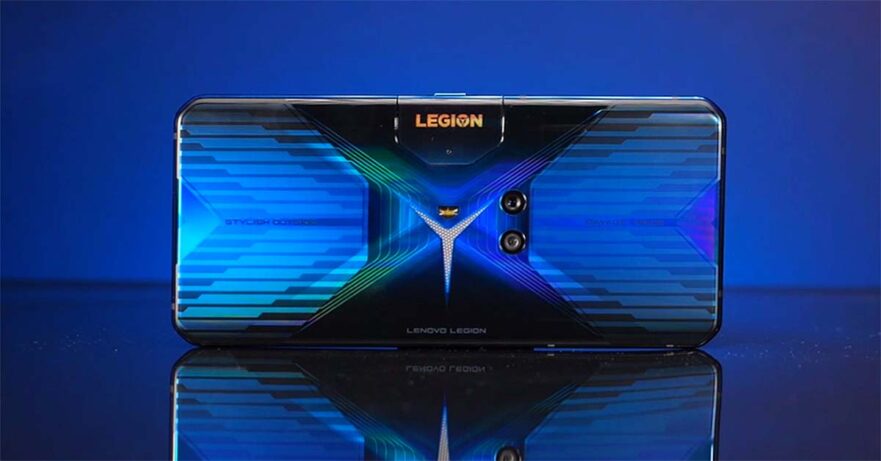 Lenovo has taken the wraps off its first gaming phone. Ladies and gentlemen, this is the Lenovo Legion Phone Duel (this seems to be the final global name, according to a press release the company sent to Western media), the world’s first Snapdragon 865 Plus device.

The 7nm 5G chip it’s using, clocked at 3.1GHz, is the most powerful from Qualcomm’s stable of SoCs. It’s claimed to offer around 10% better performance than the regular 865. While Antutu scores are just, well, benchmarks, the Lenovo Legion Phone Duel’s 648,871 mark gives us an idea of what the phone brings to the table.

In China, the different memory configurations of this handset are aggressively priced as follows:

If there’s one thing that sets the Lenovo Legion Phone Duel apart from other gaming smartphones, it’s that it has content creators in mind, what with a side-mounted, pop-up 20-megapixel front camera that lets you easily stream your gaming sessions. That pop-up shooter means one thing: You get a full AMOLED screen, all 6.6 inches of it, that even has a high refresh rate of 144Hz for smoother gameplay.

The device also boasts two 2,500mAh battery cells with support for 90-watt fast charging, Think 30 minutes from 0% to 100%. There are two USB Type-C ports; one is located at the bottom, and the other, on the side. It uses a new design for heat dissipation, a dual X-axis linear motor for better in-game vibrating feedback, two ultrasonic trigger keys, and, just as we expected, customizable RGB lighting.

While today’s launch of the Lenovo Legion Phone Duel happened in China, the unit is said to be released in Latin America, Europe, Africa, the Middle East, and the other Asian countries. Hopefully, the latter includes the Philippines.