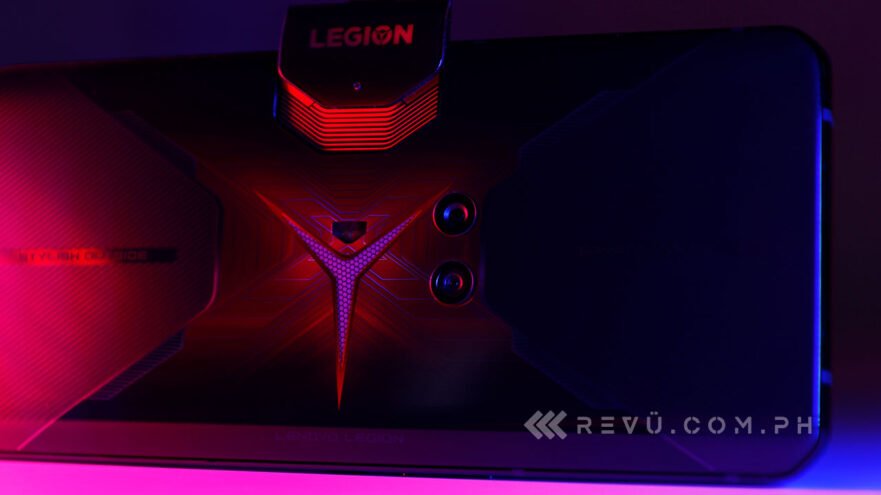 There’s another gaming phone in town. And it should make serious mobile gamers sit up and take notice.

And the Lenovo Legion Phone Duel, which just officially launched in the Philippines, is priced at P39,995 (around $826) for the base Blazing Blue variant with 12GB LPDRR5 RAM and 256GB of UFS 3.1 storage. The Vengeance Red version we’re currently using comes with a whopping 16GB RAM and 512GB RAM and costs P49,995 ($1,033). Both models will be available at Lenovo retailers in the Philippines from November 1, which is exactly a week from now.

For the price, you’re looking at one of the most powerful smartphones you can get your hands on in 2020, with the Lenovo Legion Phone Duel sporting a Qualcomm Snapdragon 865 Plus chipset with support for super-fast 5G networks. The company says the processor inside is cooled using dual heat pipes with copper foils to lower temperatures while gaming.

On the front, Lenovo’s introductory gaming phone has a 6.59-inch AMOLED screen with 2,340 x 1,080 resolution. Impressively, the display boasts a 144Hz refresh rate and a 240Hz touch-sampling rate for better touch response.

For all-day battery life, despite all of the processing oomph, the Legion Phone Duel packs a 5,000mAh battery, which is claimed to charge from zero to full capacity in 34 minutes, or zero to 60% in 15 minutes, using the included 65-watt power brick. The smartphone features two USB-C ports for charging: one on the side and another at the bottom.

SEE ALSO: ASUS ROG Phone 3 review: This is the gaming phone to buy and League of Legends: Wild Rift review: MOBA players should be excited

Do note that you’ll need to plug in two charging cables at the same time to enjoy the fastest speeds. And, yes, the box comes with two charging cables with USB-C plugs on both ends. It also includes a USB-C headphone jack adapter. Unfortunately, there are no wired earphones bundled with the device. There’s no wireless charging here either.

This device certainly looks promising on paper thus far. Check back here again soon for our full review to see if it’s indeed worth buying.