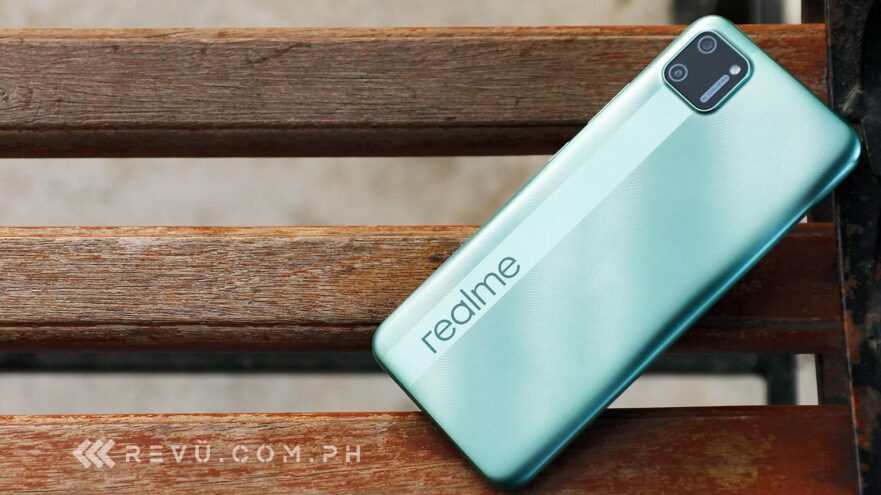 The successor to the Realme C2 2020 is official in the Philippines. This is the Realme C11, the first MediaTek Helio G35 device in the country. And it’s being marketed as an “A+ #EntryLevelUp smartphone for Filipino learners.”

Priced at only P4,990 (around $100 converted), the C11 is already available for purchase on Shopee Philippines. And for an even lower price at that — 8% off, particularly — if you use the voucher code GADGETZONE8 from July 23 to August 8. But you’ll already find the phone nationwide starting tomorrow, July 24.

The Realme C11 may be a starter phone, but it doesn’t look anywhere near that. It seems like a more expensive model for the youth, what with a back panel that gets a squarish camera module, a textured finish, a wide band that runs from the top to the bottom on the left side of the rear, and huge branding inside the band.

The camera system is composed of 13-megapixel primary and 2-megapixel depth sensors and offers Nightscape mode. The selfie shooter, on the other hand, is 5 megapixels and sits inside a waterdrop notch.

The HD+ screen is big at 6.5 inches, perfect for what Realme Philippines intends the smartphone to be. And the battery, too, which is rated at 5,000mAh. The Helio G35 budget-gaming-focused chip inside is paired with 2GB of RAM and 32GB of built-in storage. Plus the Realme C11 is already running Android 10-based Realme UI. To know more about the handset, read the press release below.