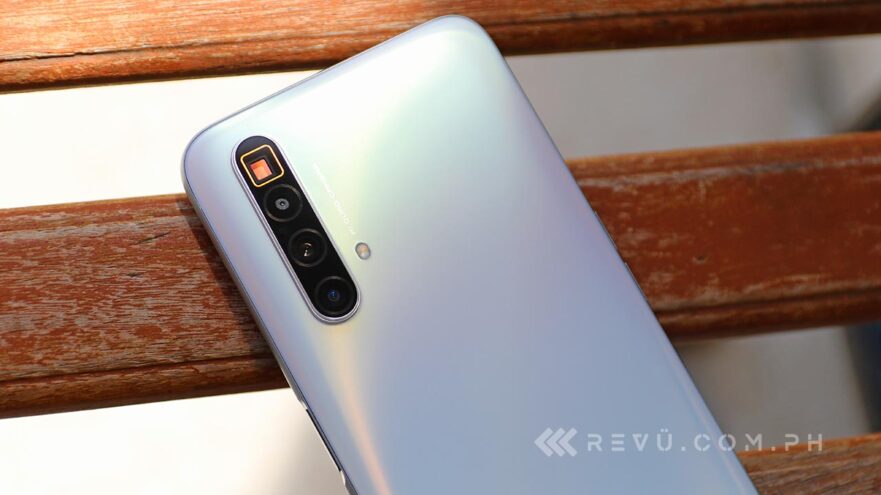 Realme has been on a real roll lately, launching one product after another without compromising on the value-for-money factor it has become known for.

Now, it has debuted its most premium smartphone in the Philippines yet. Say hello to the first Realme handset to break the P20,000 (around $404 converted) barrier, the Realme X3 SuperZoom, which was launched in Europe earlier this year.

It’s also the brand’s most advanced camera phone thus far, sporting a new periscope telephoto lens that offers up to 60x digital zoom as well as 5x optical zoom over a 64-megapixel sensor.

However, unlike in the West, the Realme X3 SuperZoom is, as expected, more affordable on the local market, and its promotion for early adopters is not bad either.

In the Philippines, the Realme X3 SuperZoom costs P24,990 ($505) for the lone 12GB RAM/256GB storage version. The preorder period is until July 17 at Realme concept stores, kiosks, and select retailers nationwide. Those who buy the phone early will receive a pair of black Realme Buds Air true wireless earphones worth P3,990 ($81) for free.

But if you’re set on getting the handset right away (and through the most convenient channel, too), you can purchase it now from Realme’s flagship store on Lazada Philippines and get the Realme Buds Air bundle.

So, does Realme’s most expensive phone on the local market yet deliver on the same hype as its other products? How good is the 60x zoom — and, perhaps more crucially — do you actually need it? Read on as we tackle those questions and more in our Realme X3 SuperZoom review.

The Realme X3 SuperZoom features a tall LCD screen with a pill-shaped camera hole and Corning Gorilla Glass 5 on top for added protection, a glass rear panel, and a plastic frame that holds everything in place. Despite that, the device feels premium in the hand and lends a considerable amount of heft due to the glass and periscope camera system on the back.

It has a curved rear with an attractive 3D design and a glossy finish that somehow manages to hide scratches and fingerprints well. Our unit sports the Arctic White finish, but there is another color option for those who are looking for something less minimalist: Glacier Blue. Either way, we’re equally fond of both, and it’s nice to see Realme continuing to offer unique and interesting design choices for its smartphone lineup.

What’s included in the box

On the right side, there’s a home button with an integrated fingerprint sensor that makes unlocking convenient, especially for us right-handed people. The left sports a volume rocker with dedicated physical buttons, while the bottom of the handset houses a USB-C port, a down-firing speaker, and a SIM tray for two nano SIM cards. The unit doesn’t have a headphone jack, nor does it offer storage expansion via microSD card.

The Realme X3 SuperZoom has a sizable 6.6-inch Full HD+ LCD display with a 20:9 aspect ratio. There’s a nice 90.5% screen-to-body ratio courtesy of the dual punch hole on the upper-left of the screen and small bezels along the top and sides.

Notably, the phone boasts a 120Hz refresh rate, meaning the panel refreshes 120 times each second to make just about everything look smoother and faster. Those who play games that support 90 fps or more, like NBA 2K20 and Real Racing 3, will find this feature noteworthy and even game-changing. Enabling 120Hz all the time will eat up more battery than usual, but there is a lower 60Hz option in the display-settings menu to help you save battery life.

No smartphone at this price point on the local market has a 120Hz screen, and that’s definitely something to consider. And the cherry on top is that it supports Widevine L1 certification, so you can watch full-HD shows and movies on Netflix and similar streaming services.

Realme opting for an LCD means this is not the brightest panel we’ve used in the segment. It’s decent for outdoor use, though, and the viewing angles are generous enough to accommodate one more person when streaming a video. It’s not the most vibrant screen either, but it’s still good for an LCD.

With dark and eye-comfort modes, you can comfortably use the Realme X3 SuperZoom at night or in a dim environment without causing eye strain. You can also adjust the color temperature to suit your taste.

The quad-sensor vertical array on the back includes a 64-megapixel Samsung GW1 sensor, as well as a periscope telephoto lens that can do up to 60x zoom with software enhancement and 5x optical zoom. As on most other phones, this rear-facing system is filled out by dedicated lenses for ultra wide and macro. However, make no mistake: The X3 SuperZoom packs the most amazing camera set we’ve seen on a Realme phone to date.

On the front, you get two cameras in a punch hole with a 32-megapixel main camera and a secondary 8-megapixel shooter for group selfies. And even though there is no front-facing depth sensor for portraits, you can still shoot selfies with a blurred background using the native Camera app’s portrait setting. There’s also Night mode if you want to take brighter pictures at night or in a dark indoor scene, such as a restaurant or bar.

Realme’s Camera app has a dedicated shooting option for almost any situation, and there’s a Pro setting as well for amateurs and professionals alike who know their way around a camera and have decent lighting equipment. It will also allow you to capture a RAW image for each photo and use the wide and telephoto lenses to shoot manually.

If you’re into toy photography, you’ll find that the Realme X3 SuperZoom is a particularly excellent tool to work with. 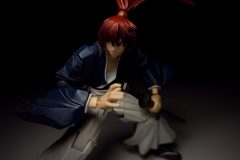 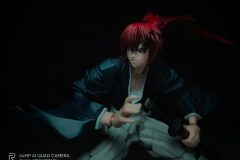 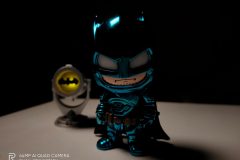 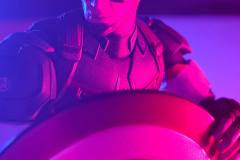 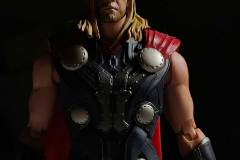 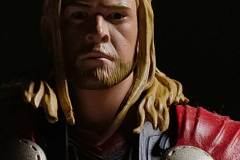 Now, let’s look at some other pictures we’ve taken with the Realme X3 SuperZoom. Notice the good amount of detail preserved by the 64-megapixel, large-format sensor. The color reproduction is improved quite a lot compared to other Realme phones we tried before. You can get nice shots in normal daylight with good saturation and warmth as well as decent dynamic range, which should come in handy when taking pictures in varied lighting conditions. 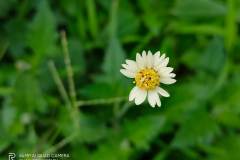 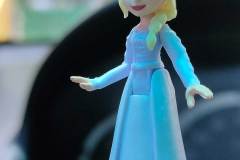 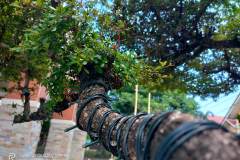 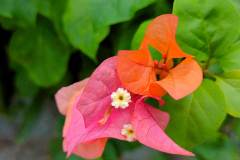 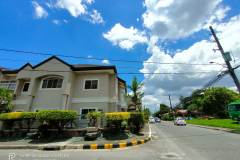 Finally, here are some 60x photos shot on the telephoto camera with a periscope lens. In addition to Night mode, Realme has introduced the Starry mode to the X3 SuperZoom. Unfortunately, you’ll need something, like a tripod or gimbal, to keep the device steady while the camera takes a series of long exposures and compiles them in one image. It took more than four minutes to produce the picture you see here.

There are two pictures in this Instagram post. The first is in auto mode, and the second, zoomed in at 60x 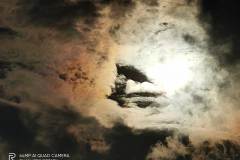 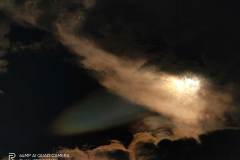 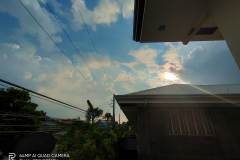 One set: 60x zoom, 10x zoom, and 1x. Captured during the solar eclipse last June 21. A pity because it was cloudy at the time 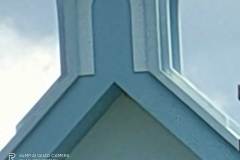 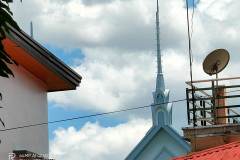 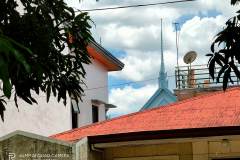 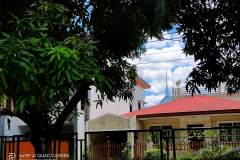 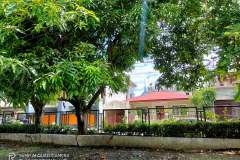 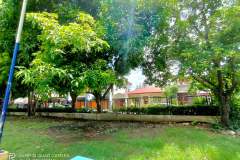 For videos, the device supports up to 4K resolution at 60 frames per second when shooting with the primary camera, which is impressive but hardly surprising given its flagship-level hardware. The front-facer goes up to 1080p at 30 fps and can shoot ultra-wide footage using the secondary camera.

Compilation of videos shot on the Realme X3 SuperZoom

Here are some selfies taken with the Realme X3 SuperZoom. 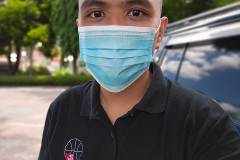 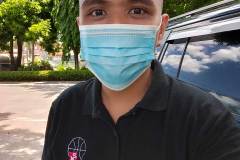 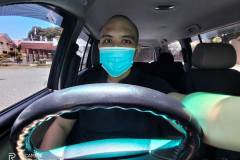 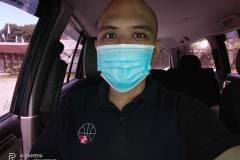 Powering the Realme X3 SuperZoom is a Snapdragon 855 Plus, which is an interesting choice considering it’s been a while since we last saw a device launch with last year’s Qualcomm flagship chip. We can’t say for certain, but this is likely a move to keep its price down without compromising on hardware performance.

And in case you don’t recall, it’s the same silicon that powers the Vivo NEX 3, ASUS ROG Phone 2, and OnePlus 7T Pro, to name a few, so its computing and gaming prowess is still at the top of the charts. To wit, our unit beat the Huawei P40 Pro and Samsung Galaxy S20 Ultra — both, importantly, cost at least twice as much as the Realme — in the Antutu benchmark test. It also helps that the X3 SuperZoom is bundled with 12GB of LPDDR4x RAM and 256GB of fast UFS 3.0 storage, which improves its overall score.

The eye test is great as well, especially when the 120Hz setting is enabled. Everything looks so smooth and responsive. The Realme X3 SuperZoom is quick to open apps, while multitasking and scrolling through the Android 10-based Realme UI feels incredibly fluid. There’s hardly any lag with this phone.

That smoothness also extends to gaming. Every game we tested on the SuperZoom ran well at the highest possible settings. It hit the maximum fps some games like Mobile Legends (60 fps) and Black Desert Mobile (45 fps) offer, as shown in our GameBench test results.

Playing NBA 2K20 and Real Racing 3 — two games that support frame rates higher than 60 fps — our unit consistently broke the 60 fps barrier and displayed an average fps of 91 in the latter. Check out the results of our GameBench tests on the Realme X3 SuperZoom.

Realme has included a 4,200mAh battery backup here, and there’s support for fast charging up to 30 watts with the included charger and cable. Our phone typically lasts an entire day or longer on a single charge, and that’s with the 120Hz refresh rate turned on.

Our normal usage includes 4G data, video and music playback, browsing the web and social media, as well as some gaming on the side. The SuperZoom is adept at all tasks and has enough juice to get you through the day without relying on battery-saving modes.

And while not the best, we found the charging speed adequate to fill up the battery in a little over an hour. There are, of course, cheaper phones on the market that top up faster, but then again, none of these devices can handle a serious workload quite like Realme’s sub-flagship.

The Realme X3 SuperZoom is an excellent smartphone overall, especially considering its price. It’s not perfect, of course; we would have wanted to see a 90Hz OLED at least to really bring out its gaming potential. A 5G chipset would have made it even more future-proof, too. But even with its shortcomings, it’s well worth the money.

It’s a powerhouse phone with a powerful, if a tad gimmicky, camera system and a super-smooth screen, and the battery can easily last a whole day on a single charge, even with the 120Hz option enabled the entire time. And then there’s the price. The Realme X3 SuperZoom powered by the Snapdragon 855 Plus delivers flagship-level performance at half or more off the price.

Even though a generation old, Qualcomm’s top-of-the-line chip from last year is definitely still powerful enough to run demanding games at the highest settings and go toe-to-toe with the best out there. If hardware performance is the most important thing to you, this handset won’t betray your expectations.