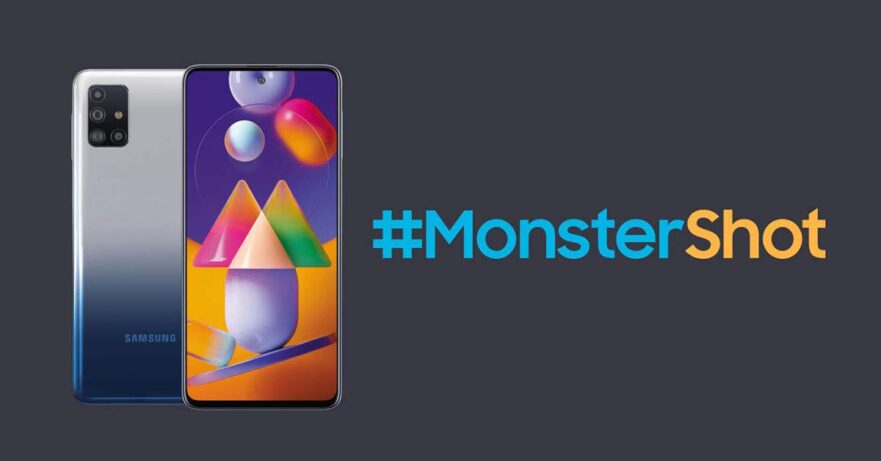 There’s a midrange Samsung phone launching ahead of the Samsung Galaxy Note 20 series — at least in India.

The Samsung Galaxy M31s will go official July 30, six days earlier than the global announcement of the flagships. We’re not sure if it’s coming to the Philippines, too, considering that the Samsung Galaxy M31 was just released locally in May. But who knows?

Amazon already has a microsite for the smartphone, and it reveals some of the model’s key specs, chief of which is the camera system, hence the hashtag #MonsterShot.

According to the online retailer, the Samsung Galaxy M31s boasts a 64-megapixel quad camera and has the ability to capture multiple pictures and videos with just one take.

Inside is a big, 6,000mAh battery to power up the whole system — one that supports 25 watts of fast charging plus reverse charging. The screen has a punch hole at the top center, is of the Super AMOLED kind, and gets a 2,220 x 1,080 resolution.

We can’t see any physical fingerprint sensor, so it must be located under the display. And can we just say that we’re loving the color of the variant featured here?

Word has it that the Samsung Galaxy M31s’ rear-camera setup includes 8-megapixel ultra-wide, 5-megapixel macro, and 5-megapixel depth sensors. The handset allegedly sports an Exynos 9611 processor, 6GB of RAM, 128GB of storage, and a 32-megapixel selfie shooter. It is said to be running Android 10 layered with One UI.