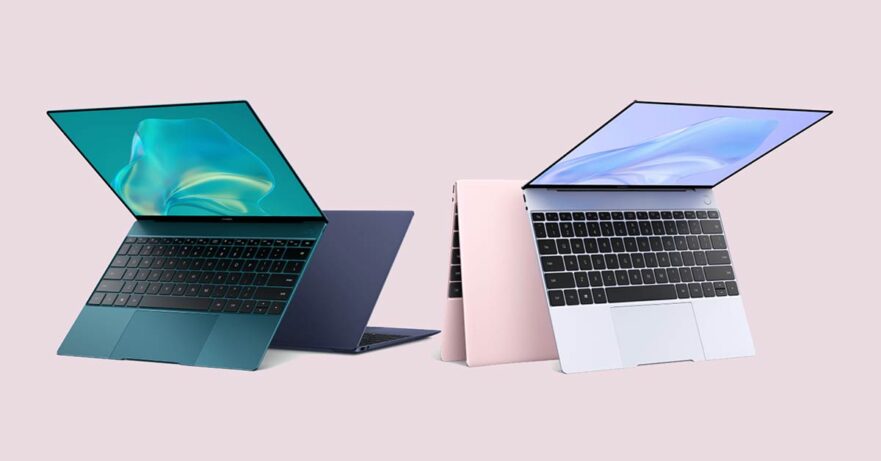 Huawei has updated its MateBook line of Windows 10 laptops, with the spotlight falling on the new MateBook X powered by the latest generation of low-power CPUs from Intel.

(Update, October 6: The 14-incher is launching in the Philippines October 9!)

There’s also the Huawei MateBook 13 and MateBook 14 refresh, which are based on AMD’s Ryzen 5 4600H and Ryzen 7 4800H processors. These Ryzen 4000 series chips are built on the same Zen 2 7nm process. What sets them apart is the number of cores and threads, as well as the type of Radeon Vega graphics chip bundled with the processors.

The pricing for the 2020 Huawei MateBook X, MateBook 13, and MateBook 14 are as follows:

The MateBook laptops are already available for preorder and will ship in Huawei’s home country of China from August 24. No word on international availability yet.

The updated MateBook X gets up to an Intel Core i7-10510U CPU, which has a max clock speed of 4.9GHz and pairs four CPU cores with 8 threads. It has a nominal TDP of 15W and a minimum of 10W. It also features passive cooling and an ultra-thin heat-dissipation design to keep the laptop running at optimal speeds when the situation calls for it.

But the notebook’s main attraction is what Huawei calls a “floating display.” It refers to the MateBook X’s 13-inch LTPS screen that has slim bezels all around, resulting in a high screen-to-body ratio of 90%. The screen ratio is 3:2 and the resolution is 3,000 x 2,000, which means a density of 278 dots per inch.

Another area that sees a marked improvement is the touchpad. It offers pressure-sensitive scrolling and zooming, in addition to multitouch capabilities. This makes the MateBook X the first Huawei PC with a touch pad similar to what Apple introduced in the Touch Bar MacBooks.

Interestingly, the Huawei MateBook X 2020 will double down on the tradition of colorful laptops, with the new MateBook arriving in silver, blue, green, and pink colors.

Neither has a dedicated GPU option, so don’t expect smooth frame rates when playing demanding games at high resolutions. Like most other Huawei laptops, the battery here is rated at up to 56Wh, which should be good enough for a full work day.

The MateBook 14 2020 is available in gray and silver colors, while the 13-inch model comes in gray, silver, and rose gold.