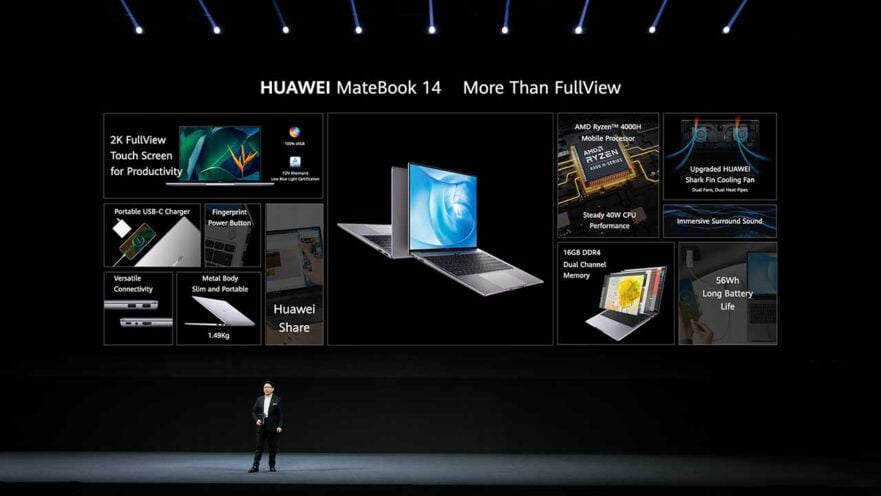 Huawei is establishing itself as a strong contender in the personal-computer category.

(Update, October 9: And it’s launched in the Philippines! See our unboxing of the laptop here.)

In the Philippines, it started with the MateBook 13, which debuted locally in April 2019. The technology giant has since released many variations of its MateBooks. Come October 9th, at 4 p.m., it will launch another one — the Huawei MateBook 14 2020 Ryzen Edition — as teased by the brand on its official Facebook page.

Recall that the laptop was first announced in China in August. And it was unveiled on the global stage at the Huawei Seamless AI Life New Products event in September.

SEE ALSO: This is the Huawei MatePad T 10s tablet, up for preorder till Oct 9

Why are we excited about this Huawei MateBook 14? Because it is the first ultra-slim laptop to be powered by AMD Ryzen 4000 H-series chips — a Ryzen 5 4600H and a Ryzen 7 4800H, specifically, which are built on the same Zen 2 7nm process. What’s more, it boasts a 2K FullView Display and supports smart features such as multi-screen collaboration.

We’re guessing both Huawei MateBook 14 2020 Ryzen Edition models will become available in the Philippines. Just so you know, these are their prices in China:

Hopefully, Huawei will sell the other products that it launched worldwide in September here. So far, we already have the Huawei Watch Fit. Stay tuned.