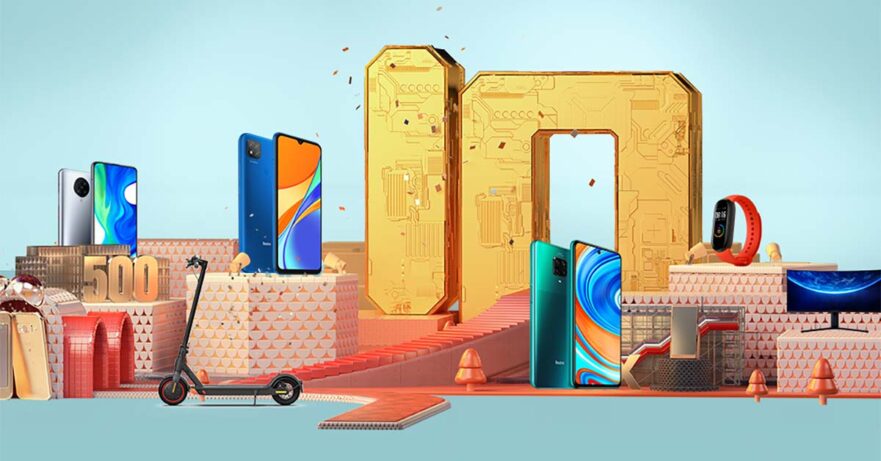 From starting out with a dream to “make the world’s best phones, priced half so that everyone can afford them” to becoming a Fortune Global 500 company.

Xiaomi has indeed come a long way in its decade-long journey, so to celebrate its 10th anniversary, it’s offering awesome deals at its official Philippine stores on Lazada and Shopee. This is in conjunction with its local launch of the Redmi 9C, a Helio G35 phone that’s priced as low as P5,290 (around $109), but can be had today, August 18, for only P4,990 ($103).

At the anniversary sale, you can get up to 30% off popular Xiaomi smartphones and ecosystem products for a limited time. See the complete list of items on sale below.

Interesting deals. If you’re looking for a flagship smartphone, you definitely should check out the POCO F2 Pro, a rebranded Redmi K30 Pro. In the Philippines, it’s already the cheapest handset powered by Qualcomm’s Snapdragon 865 processor, but you can get it for even less until August 23. The base model is selling for only P19,990 ($411).

If you’re looking for a budget or midrange phone, there are many to choose from, from Xiaomi’s most affordable modern unit, the Redmi 9A, to the Xiaomi Mi Note 10 Lite.

As for the ecosystem products, we personally are most interested in the 34-inch Mi Curved Gaming Monitor. It’s one of the company’s most recent releases in the Philippines and is P500 ($10) less until the 21st. Even without the discount, it’s still one item worth checking out.