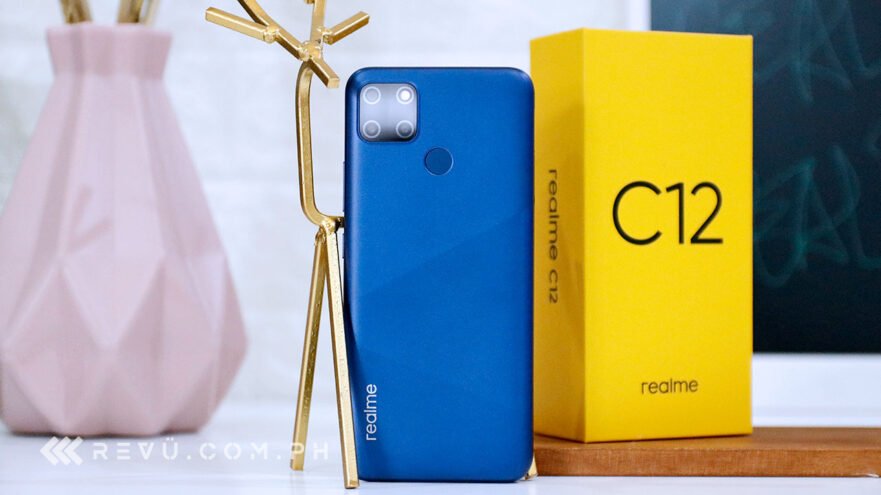 Realme Philippines is on a roll. After launching the loooonnnnggg-lasting Realme C15 with 6,000mAh battery last August 20, it has announced another MediaTek Helio G35 model for the local market.

The Realme C12 takes after the C15 in many ways, but it’s the more affordable version. While the latter’s base model costs P6,490 (around $134 converted), this newly debuted smartphone’s 3GB/32GB variant is priced at only P5,990 ($124). Available in Coral Red and Marine Blue colors, it will be released September 3 to usher in the “‘Ber” months.

The Realme C12 boasts a battery rated at 6,000mAh, too, so you won’t have to keep reaching for your charger every now and then. It’s stressful when your battery is low in the middle of your online class or meeting, don’t you think? Plus its Super Power Saving mode lets you consume only 5% battery life even when continuously using popular apps such as WhatsApp and YouTube. You can likewise charge other devices with it.

This unit features a 13-megapixel AI triple camera on the back, housed in a square module that’s popularized by the Apple iPhone 11 series. Its 5-megapixel selfie shooter is located inside a small waterdrop — or mini-drop, as Realme calls it — notch at the top of the 6.5-inch screen. It also gets a rear-mounted fingerprint sensor, a 3.5mm audio jack, Android 10 layered with our favorite Realme UI, and a geometric gradient look similar to the Realme C15’s.

We’re currently reviewing the Realme C12, so our final thoughts should be up on this site soon. If you have questions about the phone, now’s the time to reach out to us.

Launch of the Realme C12 at the 34:09 mark. Watch the product presentation of Realme Philippines marketing lead Eason de Guzman