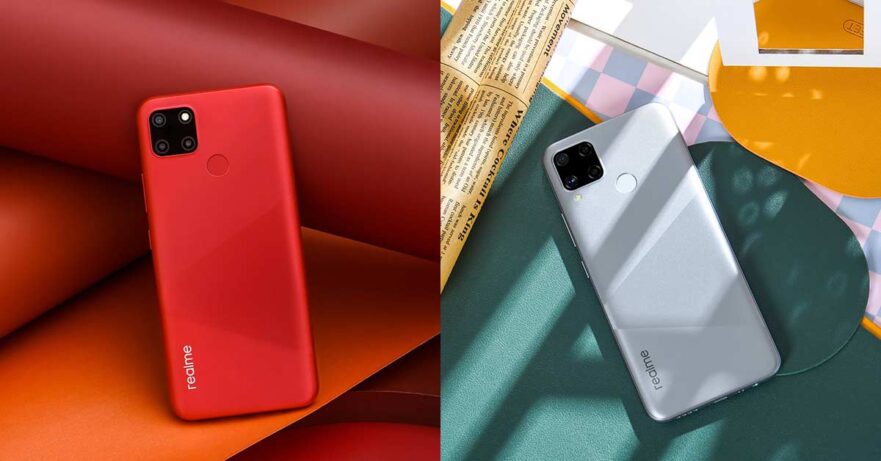 After updating its C series with the C15 a little over two weeks ago, Realme — still the fastest-growing smartphone brand worldwide — has followed it up with a new model.

(Update, August 28: The Realme C12 is official in the Philippines!)

On paper, the two devices share a lot of similarities. They’re both powered by a MediaTek Helio G35 budget-gaming-focused chip. They have the same screen, the same 6,000mAh battery, and the same fingerprint reader on the back. They get a 3.5mm audio jack and runs on Android 10 layered with Realme UI. Both even have the same design!

But where do the Realme C12 and Realme C15 differ?

Besides the memory configuration, of course. Obviously, there are some compromises made on the Realme C12. Instead of the more power-efficient LPDDR4X RAM, it has the LPDDR4 variety.

Photography-wise, the newer but cheaper phone loses the ultra-wide-angle lens. There are still two auxiliary sensors besides the primary one, though we’re not sure what the difference between “retro” and “macro” cameras is. The selfie shooter’s megapixel count has gone from 8 on the Realme C15 to 5 on the C12.

And while the two smartphones boast a 6,000mAh battery, the Realme C12’s only support 10-watt charging, not 18. Colors available are similar in the Marine Blue option, but the other choice for the C12 is Coral Red; the Seagull Silver shade is reserved for the Realme C15.

Will the Realme C12 or Realme C15 be offered in the Philippines?

Any — or both? — of the two handsets will most likely be available in the country soon. Because if you’re following Realme Philippines’ Facebook page, you already probably know that the company is already teasing a phone with a 6,000mAh battery. Look.

Excited to find out what the Philippines’ third-largest smartphone vendor is releasing here next? We sure are. Keep your eyes peeled on our site for updates related to the teaser.