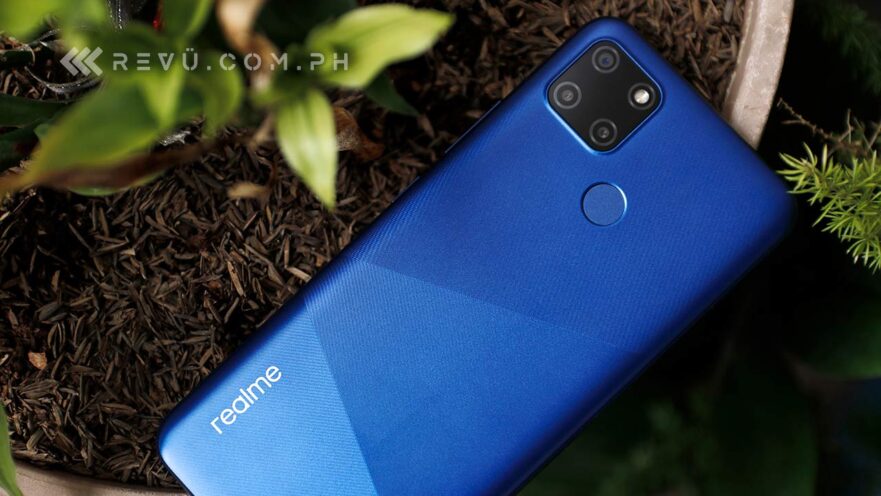 Realme, the currently the No. 2 smartphone brand in the Philippines, announced yet another ultra-affordable C series phone following the local launch of the Realme C12. The C12 boasts a well-sized LCD screen, three cameras on the back, and a massive 6,000mAh battery.

On paper, it looks like a win-win for casual users, unless you’ve sworn off all budget Android devices, or recently bought another C-branded model like the Realme C3. But is it worth the hype that’s around it? Read our full review of the Realme C12 to find out.

In the Philippines, the Realme C12 is priced at P5,990 (around $123 converted) and available in Marine Blue and Coral Red colors. You can buy it from the company’s official brand store on Shopee or offline at Realme stores and partner retailers nationwide.

Looking at Realme’s newest budget handset, the C12 shares a lot of similarities with the Realme C15, including a splash-resistant design with a square camera module and a textured geometric finish on the back. Both smartphones also have a notched LCD screen measuring 6.5 inches diagonally and a hefty 6,000mAh battery that charges over microUSB.

Visually, the most obvious differentiator is that the Realme C12 boasts three cameras, one less than what the C15 offers. We do like that the company decided to place the flash unit in the square camera module to give the phone a cleaner aesthetic. The C12 looks good for its price, but it’s also lazy seeing how little effort was put to distinguish it from its slightly better-specced sibling.

There’s a fingerprint sensor on the rear as well, and it’s one of the advantages the C12 has over the similarly priced C3, which also retails for P5,990 ($123) in local stores.

The physical fingerprint scanner works well, as expected, and it’s located where our index finger naturally rests when holding the device single-handed. Alternatively, you can unlock the mobile using the front-facing camera via face unlock, but don’t expect it to be as accurate, especially in poor lighting.

Like the C15, the C12 feels unwieldy in the hand, bulky and heavy and rather awkward to use for long periods. But then again, that’s to be expected given the 6,000mAh battery inside, which very few at this price point can match.

The Realme C12 has a headphone jack, a speaker grill for the mono speaker, and a microUSB interface for file transfers and wired charging up to 10 watts. It supports reverse charging for juicing up other devices, too, assuming you have an OTG cable lying around. Realme doesn’t include one in the box, nor does it bundle a wired headset or a silicone case for out-of-the-box protection.

On the left, you get a triple-slot card tray for two nano SIM cards and a microSD card to expand the storage if needed. The right side of the phone hosts the power and volume buttons. The buttons are responsive, if a tiny bit loose, and quite easy to reach one-handed.

The panel is layered with Gorilla Glass for added protection against bumps and drops, but this also makes the screen difficult to read under bright sunlight. And even with the brightness dialed up –which translates to about 420 nits, according to Realme’s website — we still struggled reading the display.

But don’t get us wrong. The panel is decent for entry-level hardware, and it should be fine for most use cases, including streaming videos and casual gaming. Its size likewise adds brownie points to the user experience. Documents, emails, and lists — they’re easier to edit and annotate on a generous screen, so most users should find the C12’s 6.5-inch panel to be sufficient for work and study. The screen also supports the brand’s swipe-based navigation gestures for easier use in portrait mode.

As mentioned earlier, there are three cameras on the back of the Realme C12. The main sensor is 13 megapixels and sits behind f/2.2 lens while the other cameras pack a monochrome sensor and a macro lens. There’s no ultra-wide or telephoto camera here, and this really impacts the kinds of shots you can pull off with the C12’s camera set.

Thankfully, the primary shooter is capable of good to great results with ample lighting and the right framing. We’re particularly impressed with the closeups, whether they’re shot using the dedicated Macro mode or augmented by 4x digital magnification. 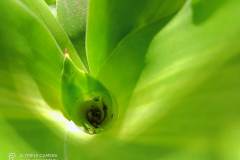 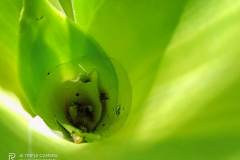 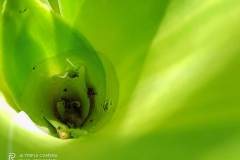 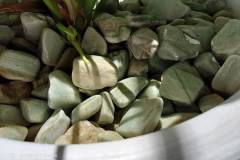 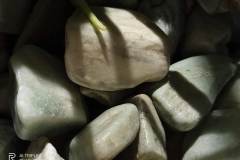 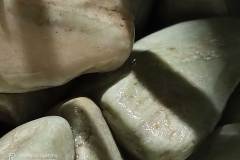 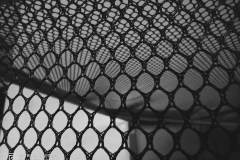 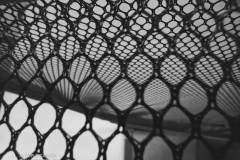 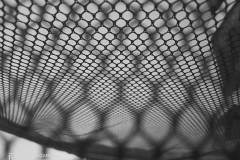 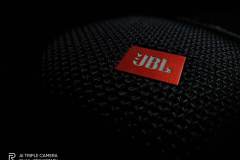 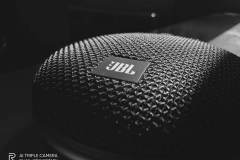 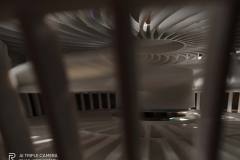 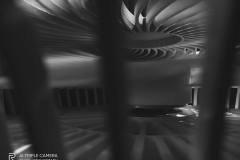 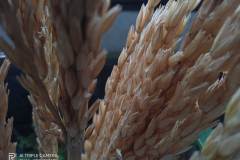 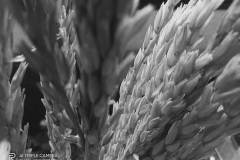 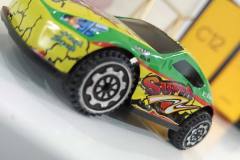 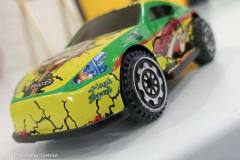 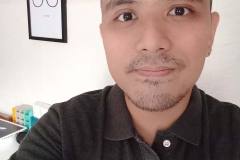 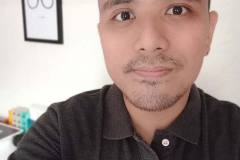 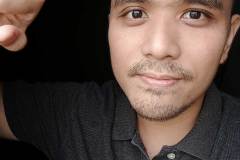 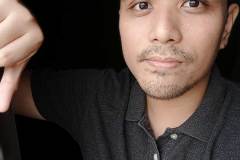 In this gallery of pictures taken with the Realme C12, we mostly show you how impressed we are with closeups

Selfies, in general, are decent as well, with some noticeable grains when shooting in dark environments. Portrait selfies are mostly fine, too; there’s visible restraint in the bokeh around the subject to make them look less artificial.

For video recording, you’re stuck with 1080p at 30 frames per second with both front and rear sensors. Expected, but also not so good for quality home video. The lack of stabilization results in shaky footage, but conversely, it helps the cameras capture more detail when shooting with a tripod or gimbal.

The Realme C12 rocks the same MediaTek Helio G35 spec found in the C15, which we reviewed last month. Other phones that run on the same silicon include the Realme C11 and Xiaomi Redmi 9C. If you’re not familiar, the G35 is a 12nm octa-core chipset that uses ARM’s Cortex-A53 cores that clock up to 2.3GHz, while an IMG PowerVR GE8320 GPU takes care of the graphics.

Obviously, it’s not the fastest budget smartphone around — and the benchmark scores reflect that. However, the C12 is pretty responsive and doesn’t lag much unless you are trying to do several things simultaneously and quickly. Most students and first-time smartphone owners won’t find a lot to complain about this device.

For casual gaming, the smartphone won’t disappoint, but it won’t amaze either. Mobile Legends will give you about 30 frames per second at low to medium graphics, which is par for the course for a modern budget device. You can also play other intensive online games like Call of Duty: Mobile and Asphalt 9 at decent settings and fps. The gaming performance might even surprise you, if your expectations are realistic.

One of the slickest Android overlays, Realme UI based on Android 10 is on board as well. There aren’t a lot of bundled third-party applications on the phone, and many core Google apps, such as Chrome, Gmail, and YouTube, are preloaded to help those who rely on Google’s ecosystem for work and education.

The battery life is easily one of the biggest draws of the Realme C12. Anything less than stellar out of the 6,000mAh battery should be considered a failure, so thankfully, the battery life is among the longest we’ve seen in any price segment.

We consistently enjoy about two days of mixed use with a fully charged battery, and sometimes even longer. Realme claims that a battery reading of about 5%t should be enough for over two days of standby time, or 107 minutes of WhatsApp usage. A full battery is said to deliver up to 9 hours of real-life usage on Mobile Legends; 27 hours on Google Maps for those who are in the ride-hailing business; 28 hours on YouTube; and 60 hours on Spotify.

Our PCMark battery-drain test yielded 19 hours and 50 minutes, while in our 1080p video-loop test, the Realme C12 lasted a good 22 hours and 12 minutes. A full hour of Mobile Legends and 30 minutes of Netflix drained the battery by 10% and 3%, respectively. Those are impressive numbers across the board.

The Realme C12 also comes with Sleep Standby Optimization, which lets the phone save more battery when idle. It offers the usual Power Saving and Super Power Saving modes as well, which can lower the brightness, shorten auto screen-off time to 15 seconds, disable background sync, and more to improve your mileage.

Given its battery capacity, it is not surprising that it takes us around 3 hours and 30 minutes to fully charge the battery using the included 10-watt power brick.

The Realme C12 is a solid entry-level pickup for those who are looking for ample screen space and days-long battery life, including hours after hours of gaming sessions, on a single charge. On the downside, though, the screen is not sharpest or brightest, and the cameras — four in total — are nothing really to write home about, not to mention it will take you more than 3 hours to get the phone from zero to full capacity.

Realme’s C3 costs the same as the C12, so if you need more processing power for productivity apps and gaming instead of longer battery life, we recommend getting the former instead. The C15 is priced a little higher than the C12, but comes with faster charging and an extra camera for landscape and group shots. Still, this phone is solid for the price.