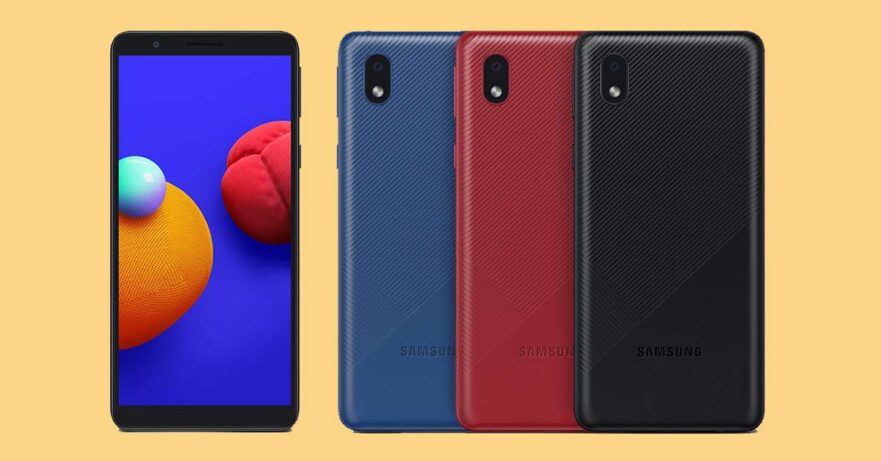 Months after launching the Galaxy A01 in the Philippines, Samsung has quietly unveiled the Samsung Galaxy A01 Core Android One smartphone based on the latest Android 10 operating system.

It is the company’s most affordable handset yet, priced at only P3,990 (around $82) at authorized Samsung retail partners on Shopee and Lazada. It is also available offline, according to Samsung Philippines’ official website. Red and black are your color options, and both have a textured finish for added grip.

For the price, you shouldn’t expect much, but even so, the Samsung Galaxy A01 Core is about as basic as a smartphone can get these days. The RAM is 1GB, while the storage maxes out at 16GB, meaning you won’t be able to save a lot of apps and files on the native storage.

The processor is a MediaTek MT6739, which is a quad-core unit that pairs Cortex-A53 cores with PowerVR GE8100 graphics. Those are modest specs if you’re not familiar. It won’t be able to run demanding app and games, and multitasking won’t be as smooth as on other budget devices like the regular Samsung Galaxy A01.

For context, consider that this A01 Core model uses an octa-core Qualcomm Snapdragon 439 SoC. The more expensive variant also has a larger, 5.7-inch screen compared with the Samsung Galaxy A01 Core’s 5.3-inch display.

Thankfully, the Core version runs Android One based on Android 10 out of the box. The lightweight operating system uses less resources, and the apps that come preinstalled don’t take up a lot space, too.