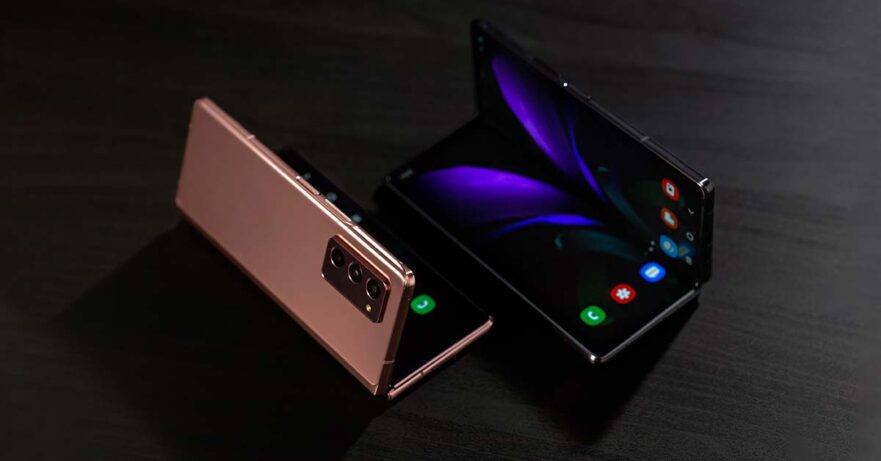 After launching the Galaxy Fold last year, Samsung has refreshed its big-screen foldable following the global launch of the Samsung Galaxy Z Fold 2. Recall that the original Fold went on sale in the Philippines at an eye-watering suggested retail price of P109,990, or approximately $2,267 converted, or, if you’re an Apple fan, two iPhone 11 units at launch.

In fairness, though, the new Samsung Galaxy Z Fold 2 fixes many pain points of the earlier model, including strengthening the hinge to allow part of the foldable screen to support the device when in Flex mode and stay open at multiple angles similar to the Galaxy Z Flip.

The Galaxy Z Fold 2 also uses a certain type of glass that can bend and is thinner than a human hair. Samsung calls it Ultra Thin Glass or UTG, and it is supposed to make the panel on the Z Fold 2 feel more responsive and natural in the hand.

There are other crucial improvements, of course, such as larger primary and secondary displays with smaller bezels all around; better sensors for the front and rear cameras; and an improved UI experience that makes better use of the device’s unique hardware.

Unfortunately, as of this writing, Samsung Philippines is still finalizing local pricing details for its latest foldable. But it will be available locally in Mystic Black and Mystic Bronze colors starting September 25, with preorders launching on the 12th for online purchases. It will go on sale offline as well at select Samsung partners nationwide from October 2.

It will probably cost north of P100,000 ($2,062) here, just like its predecessor did when it first came out. The Galaxy Z Fold 2 might also be offered by a local telco for its 5G customers, but it will likely be limited to the most premium data plans around.

There are a few important things Samsung wants you to know about the Galaxy Z Fold 2, the most obvious of which is that the cover display is now bigger than ever before at 6.2 inches, making the device about the same size as your average smartphone when folded.

The notch above has been replaced by a much smaller punch hole, and the Korean technology giant says the bezels of the secondary screen have been greatly reduced as well.

The primary folding screen is 7.6 inches and uses the same Dynamic AMOLED 2X technology we saw on the Samsung Galaxy Note 20 Ultra. It also has a 120Hz refresh rate for smoother operation and gameplay on compatible games.

Samsung’s all-new hideaway hinge is interesting, too. It shares a similar mechanism to the Galaxy Z Flip and can support the device at various angles when the foldable screen is open. This new way of interacting with the Samsung Galaxy Z Fold 2 while the display is bent at a 90-degree angle is called Flex mode.

For certain supported apps, Flex mode will split UI elements between the top and bottom halves of the bigger screen to make the apps more intuitive to use. When taking a picture using the rear-facing camera setup, it will allow you to swipe through previous pictures to help you frame your next shot better before hitting the shutter key.

You can also snap a selfie using the 12-megapixel main camera while using the cover screen as a viewfinder. Shooting a timelapse is possible without a tripod when you’ve got the device propped up on a table or flat surface.

For videos, Flex mode unlocks the auto-framing feature, which allows the front and rear cameras to automatically focus and adjust the zoom based on the number of objects they track (the max, it seems, is three based on Samsung’s demos). And to make sure the hinge of the Galaxy Z Fold 2 can stand the test of time, Samsung has introduced sweeper fibers to the hinge mechanism for better dust resistance.

Like the first Fold, the Galaxy Z Fold 2 has a physical side-mounted fingerprint sensor. That’s understandable given the nature of the primary foldable display and the limited real estate of the cover screen.

As for the specs, the Samsung Galaxy Z Fold 2 features the latest and greatest Snapdragon 865 Plus inside, coupled with 12GB RAM and 256GB of UFS 3.1 storage. This makes the latest Fold the third Samsung device in the Philippines powered by Qualcomm’s flagship chip, following the release of the Samsung Galaxy Tab S7 and Galaxy Tab S7 Plus. The dual-cell battery has a total capacity of 4,500mAh and supports fast charging.

For taking selfies, the camera on the cover screen is 10 megapixels, with f/2.2 aperture lens. The front-facing camera on the main display also carries a 10-megapixel sensor and f/2.2 lens. At the back, you get three 12-megapixel cameras with dedicated lenses for ultra wide and telephoto.

We wonder why Samsung couldn’t include its 108-megapixel camera sensor or a periscope lens for higher-quality zoom. Customers will pay a premium for the product anyway, so why not go all out?

Anyway, the Samsung Galaxy Z Fold 2 is out, and it’s coming to stores soon. But you may want to wait for the reviews first before biting the bullet and taking the plunge.