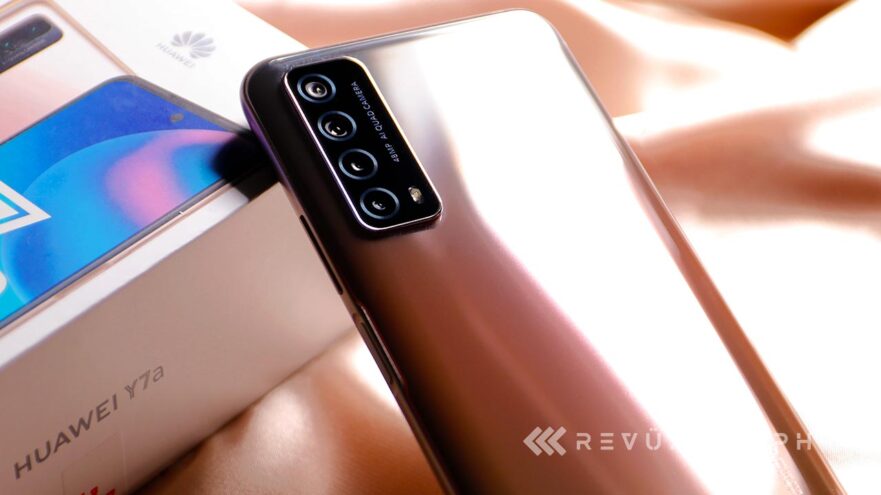 Huawei Philippines is ending the month of October with a release meant for us at Revü the youth.

Scheduled to be launched to the public at 4 p.m. tomorrow, the Huawei Y7a is priced at P8,999 (around $186 converted) locally. It will be up for preorder starting October 30 as well, with the pre-sale period ending November 6. Early adopters will get freebies worth a total of P6,361 ($131), composed of a Bluetooth headset, mobile-game vouchers, and Member Center rewards.

The entry of the Huawei Y7a here marks the introduction of “Y for You, Y for Youth” as the company’s philosophy for the Y series. With the revamp comes, in Huawei’s own words, “several hallmarks of that youthful design
inspiration, both in hardware and software aspects.” It brings midrange features to the entry-level segment.

And you can actually see it immediately in the phone’s trendy design. Notice how the Y7a looks so much like the “more premium but still targeted at the youth” Nova models, such as the Huawei Nova 7 SE 5G.

The Huawei Y7a boasts an AI quad camera headlined by a 48-megapixel sensor. The primary shooter is assisted by an 8-megapixel ultra-wide and 2-megapixel depth and macro cameras.

You won’t have to keep reaching for the charger because inside the unit is a 5,000mAh battery. And if it’s indeed time to charge it, you won’t have to worry because juicing it up won’t take that long; it supports 22.5 watts of fast charging. That’s something you don’t usually see in budget handsets.

The Y7a’s FHD+ display is large as well, measuring 6.67 inches diagonally and featuring a 90.3% screen-to-body ratio. At the top is a small punch-hole cutout for the 8-megapixel selfie camera. The fingerprint sensor is placed on the side — something Huawei Philippines introduced in the Nova 5T.

The Android 10 device is powered a Kirin 710A chip paired with 4GB of RAM and 128GB of storage. It’s available in Crush Green, Blush Gold, Midnight Black color variants. Our review will be up soon, but if you have questions now, do hit us up on our official Facebook page.