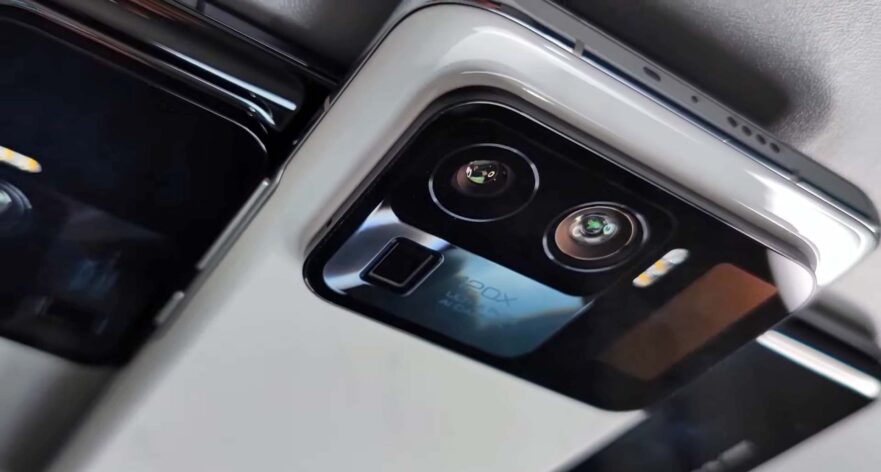 A Filipino YouTube channel with the handle Tech Buff PH may have taken the wraps off the much-anticipated Xiaomi Mi 11 Ultra flagship ahead of its official debut, both globally and in China.

Xiaomi has yet to confirm the Mi 11 Ultra for any market, but based on the video — and the fact it was unceremoniously taken down shortly after its publishing — it does seem like the Filipino YouTuber has the real deal in his hands. Two Mi 11 Ultras, actually — one in black and another in white.

A copy of the original hands-on video of what’s supposed to be the Xiaomi Mi 11 Ultra. We think they’re prototypes

The devices themselves look genuine enough in front of a camera, and they confirm what many have suspected or known intuitively about Xiaomi’s upcoming top-of-the-line handset.

The 120x zoom spec from the Mi 10 Ultra allegedly makes a comeback; the huge rear camera array includes a 50-megapixel main sensor and two 48-megapixel sensors for ultra wide and zoom; 67-watt wireless charging could be onboard as well, to go along with equally fast wired charging at 67 watts; and Qualcomm’s Snapdragon 888 is the chipset of choice here, as expected.

The most surprising feature has to be the tiny secondary display, which, for some reason, can mimic the front panel, but should be there to act as a viewfinder when taking a selfie with the best camera on the phone. You should be able to use it for notification and alerts, too.

The most surprising feature has to be the tiny secondary screen, which, for some reason, can mimic the front panel, but should be there to act as a viewfinder when taking a selfie with the best camera on the phone

Other Xiaomi Mi 11 Ultra specs shown or mentioned in the video include a 6.8-inch quad-curved OLED screen that supports 2K resolution and 120Hz adaptive refresh, a 20-megapixel selfie camera in a punch hole, IP68 certification for dust and water resistance, stereo speakers tuned by Harman Kardon, a 5,000mAh battery, and global MIUI 12.5.

Now that the proverbial cat is out of the bag, we imagine that it won’t be long before Xiaomi launches the Mi 11 UItra — and possibly the Mi 11 Pro and Mi 11 Lite, too. We’ll be keeping an eye out for the full announcement.