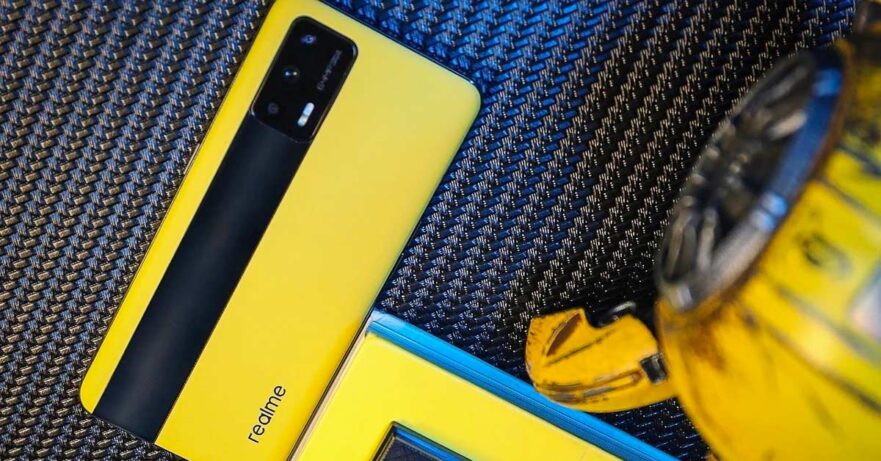 After weeks of teasing and a long string of rumors, Realme has finally debuted its latest — and fastest — flagship offering in 2021. The Realme GT 5G is now official, and unsurprisingly, many of the leaks leading up to the official reveal proved to be true.

Combining fast performance with an aggressive styling inspired by modern supercars, the Realme GT 5G offers the most advanced specs of any of the brand’s phones to date. And it is competitively positioned to take on Xiaomi‘s recently announced Redmi K40 series. Word on the street is that the K40 will be rebranded as the POCO F3 when it ships to global markets.

There’s currently no word about a launch in the Philippines, but we are optimistic given the local release of the Realme X50 Pro 5G.

All variants of the GT will release March 10 in China, but you can already preorder a unit today through popular online retailers like JD.com with a ¥100 (P751 or $15) discount.

Besides the Snapdragon 888 chip, another highlight of the Realme GT 5G is the Samsung Super AMOLED screen with an embedded fingerprint sensor. It has a native resolution of 2,400 x 1,080 and supports a high refresh rate up to 120Hz and 360Hz touch sampling. To complement the ultra-smooth user experience, the GT boasts 4,096 levels of brightness adjustment for finer tuning, top- and bottom-firing stereo speakers, linear vibration motors, and 4D vibration — specs you would normally find on gaming-focused flagships.

On the camera front, the smartphone packs a rather basic triple-camera package consisting of a 64-megapixel main sensor, an 8-megapixel ultra-wide option, and a macro shooter with a 4cm range. The 16-megapixel camera sensor on the front sits behind the f/2.5 lens.

As for the internals, the Realme GT 5G sports the fastest Android chip yet in the Qualcomm Snapdragon 888, bundled with fast LPDDR5 RAM and UFS 3.1 storage. Compared to previous generations, Qualcomm’s latest and greatest is claimed to be up to 25% faster in CPU-centric tasks, while graphics and AI performance are said to be up to 35% and 70% better, respectively.

Realme also says the GT has breached the 750,000 mark in Antutu Benchmark, an achievement that would put the device at the top of Antutu’s overall rankings, ahead of the Vivo iQOO 7 and Xiaomi Mi 11, which are powered by the Snapdragon 888 as well. It boots Realme UI 2.0 based on Android 11 out of the box.

The built-in battery is rated at 4,500mAh and supports 65 watts fast charging, just like the Realme X50 Pro. It only takes 35 minutes to recharge the device from zero to full, according to Realme’s internal testing. As far as connectivity features are concerned, you get dual-mode 5G, dual-band GPS, NFC, Bluetooth 5.2, and Wi-Fi 6 Enhanced support.