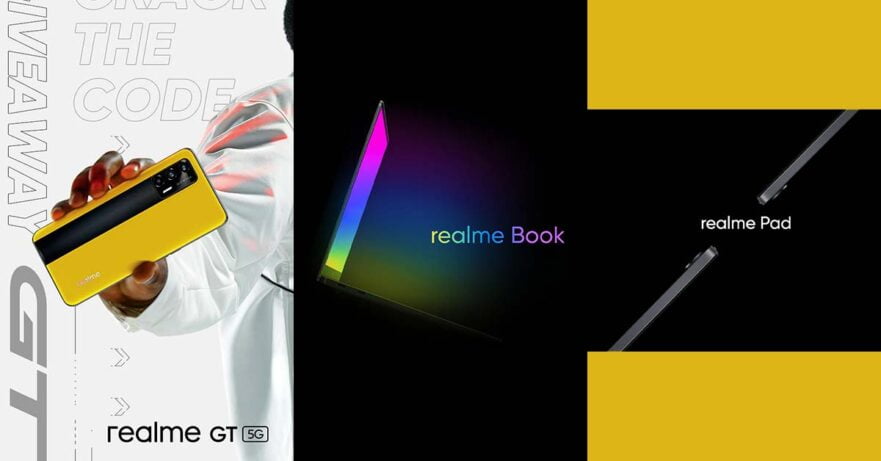 Realme‘s flagship smartphone is finally out of China and is on its way to international markets.

(Update, August 19: The Realme Book Slim has been launched! See its prices and specs here.)

(Update, July 12: Here‘s what to expect from Realme’s first laptop!)

The Realme GT 5G has been launched globally, with an aggressive base pricing set for €449 (roughly P26,171 in Philippine pesos and $544 in U.S. dollars) in Europe, where gadgets are more expensive. You can see how much its two memory configurations cost and their respective early-bird prices below:

You can already tell from its name that the Realme GT 5G is all about sheer speed. Referred by the company as 2021’s flagship killer, the GT boasts a Qualcomm Snapdragon 888 to let you access the new generation of mobile network; 65-watt SuperDart Charge technology to let you charge phone’s 4,500mAh battery from 0% to 100% in around 35 minutes; and a 120Hz Super AMOLED screen to make navigating the screen super-smooth. Check out the Realme GT 5G’s full specs here:

And soon, Realme laptop and tablet

At the same launch, Realme has confirmed what’s been talked about in the rumor mill for some time now: that it will release its own laptop and tablet soon.

The Realme Book, the brand’s first notebook, will come sooner than the Realme Pad, though, with a prototype already shown on stage. You can find the sneak preview of the product at the 1:00:48 mark of the video we embedded above. If you have any ideas on how to make the Realme Book worth buying, you can submit your suggestions to the company through its official website. With the brand wanting to make it a Realme fans-first device, it has launched the Realme Laptop Co-creation Program. Excited? We are.

The first look is always special!
Which one of these do you want us to launch first?

RT & reply with your answers. pic.twitter.com/78bnXGMSvd

Realme Book and Realme Pad teaser on Twitter as well