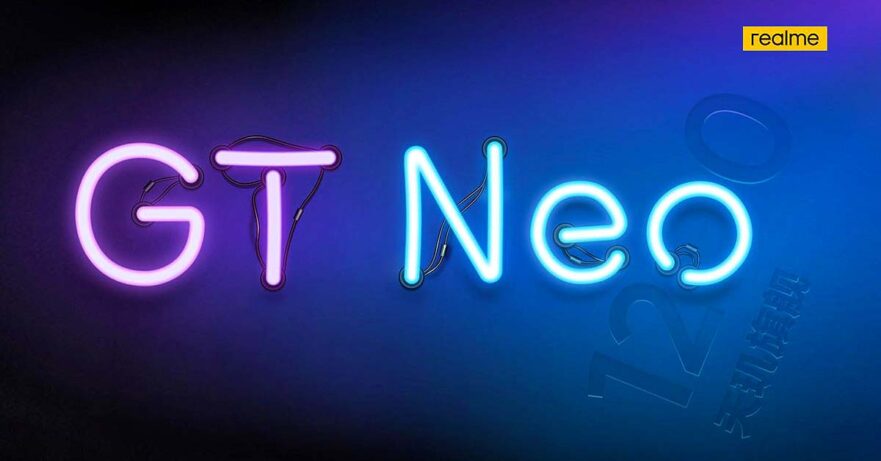 Realme announced its latest flagship smartphone earlier this month, but it sure isn’t done with the GT line just yet. After the Realme GT launch, the former OPPO sub-brand teased another high-end model, this time dubbed the Realme GT Neo for the Chinese market, equipped with MediaTek’s top-of-the-line Dimensity 1200 SoC.

Fast-forward to today, and we have what is said to be our first look at the MediaTek-based GT Neo courtesy of China’s TENAA regulatory body, which reportedly listed the phone on its website.

The device in question bears the model number RMX3116 (the regular GT is RMX2202) and features a 6.55-inch screen, likely of the OLED variety, and a 4,400mAh dual battery. Per an earlier 3C document, the handset will support fast charging up to 65 watts. It should boot Android 11-based Realme UI 2.0 overlay out of the box as well. Interestingly, it also sports a curved panel, while the back has a rectangular camera module similar to that on the Realme GT.

The Realme GT Neo will compete directly with Redmi’s first gaming phone, which is expected to launch with a Dimensity 1200 chip, too, alongside other high-end specs.

Speaking of which, the Dimensity 1200 uses a 6nm manufacturing process and is composed of one Cortex-A78 performance core clocked at 3GHz, three Cortex-A78 mid cores at 2.6GHz, and four 2GHz Cortex-A55 low-power cores. The processor is paired with Mali-G77MC9 graphics and supports up to a 168HZ refresh rate and camera sensors as sharp as 200 megapixels.

There’s no official word so far, but the Realme GT Neo is rumored to arrive as early as April, in time for the debut of Redmi’s gaming smartphone.