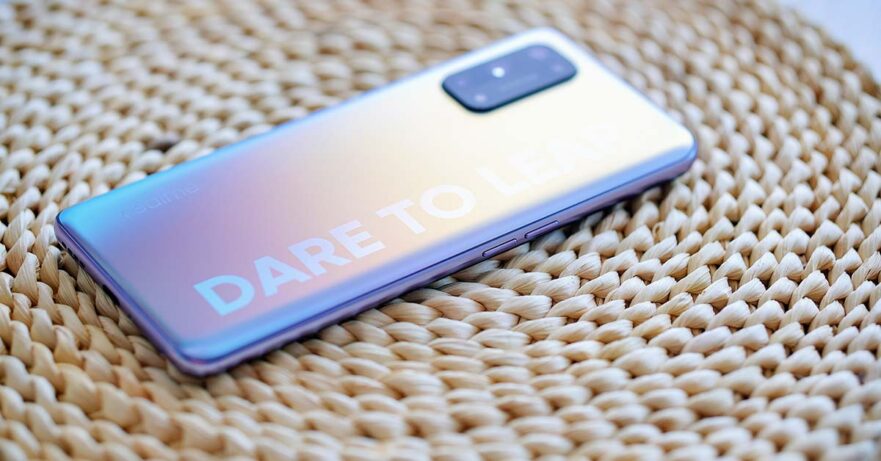 MediaTek, which became the world’s biggest chipset vendor in Q3 2020, has launched two new mobile chips that will serve as the follow-ups to the Dimensity 1000+ from last year. The Dimensity 1100 and Dimensity 1200 are the Taiwanese firm’s first products fabricated on a 6nm process, which is more advanced than the 7nm process used to manufacture the Dimensity 1000+.

Realme, in particular, will launch a new flagship with a Dimensity 1200 silicon inside, as part of the company’s dual-flagship portfolio in 2021. Previous Realme phones that use a Dimensity SoC include the Realme X7 Pro (Dimensity 1000+), pictured above, and Realme 7 5G (Dimensity 800U). According to a press release, the company’s next MediaTek-based flagship is scheduled to debut “in the following months.” Rumor has it that the phone in question is the Realme X9 Pro, the sequel to the X7 Pro.

Another step towards becoming a #Leaderof5G!@MediaTekIndia is launching its new Dimensity Flagship 5G Smartphone chip and #realme would be one of the first to release a smartphone featuring it.

Its MediaTek SoC will reportedly come with 12GB of LPDDR5 RAM and 128GB/256GB of storage. The smartphone will likely ship with Realme UI 2.0 based on the latest Android 11 operating system. It is also rumored to be the first Realme handset equipped with a 108-megapixel main camera. Other key specs might include a 6.4-inch OLED screen with FHD+ resolution and a 120Hz refresh rate, in addition to a 4,500mAh battery that supports 65-watt wired fast charging.

Rumor has it that the MediaTek Dimensity 1200 5G phone Realme is launching soon is the Realme X9 Pro, which could be the brand’s first handset to have a 108-megapixel main camera

As for the Dimensity 1200 and 1100, both chips integrate ARM’s Cortex-A78 core, which the flagship Qualcomm Snapdragon 888 and Samsung Exynos 2100 also use as one of their big cores alongside a faster Cortex-X1 prime core. They are similar and share the same 9-core Mali-G77 GPU and Cortex-A55 small cores running at 2.0GHz, although they have slightly different hardware configurations. As you might have guessed, the MediaTek Dimensity 1200 offers more computing power than its slightly toned-down sibling.

Looking at the specs, the most notable difference between the two is that the Dimensity 1200 has a Cortex-A78 prime core clocked at 3.0GHz, while its other Cortex-A78 cores operate at 2.6GHz. The Dimensity 1100 doesn’t have a prime core, with MediaTek opting instead for four 2.6GHz Cortex-A78 big cores.

Compared with previous generations, the Dimensity 1200 is said to be up to 22% faster in CPU-intensive tasks and up to 25% more power efficient. Perhaps more interestingly, it will support 168Hz 1080p screens, as well as ray tracing in mobile games. The highest refresh rate we’ve seen on a phone so far is 144Hz. Besides Realme, Xiaomi, Vivo, and OPPO are expected to be among the first smartphone manufacturers to release devices based on MediaTek’s latest offerings.