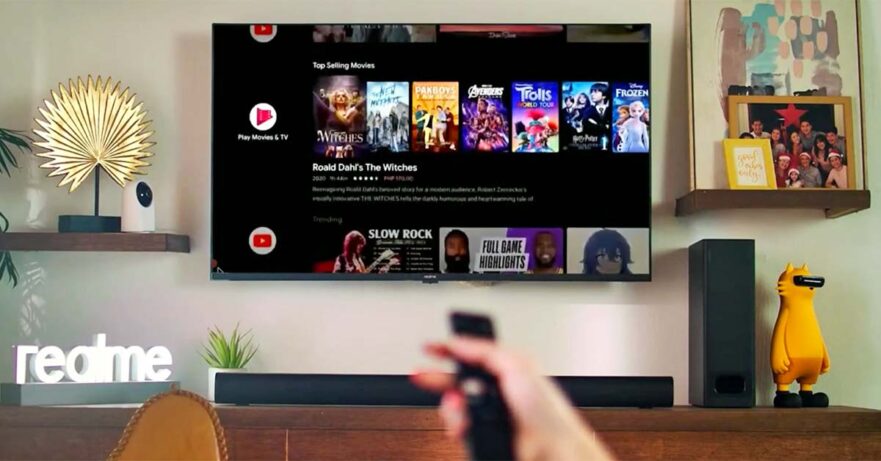 In an interview with Realme chief marketing officer Chase Xu last year, he confirmed that the company would release more than 100 AIoT [Artificial Intelligence of Things] products in 2021. Today, two of them #realmeTechLife products have become official in the Philippines.

(Update: Our review of the Realme Smart TV is up!)

Realme has launched the Realme Smart TV and Realme Smart Watch S Pro with the goal of making the smart home experience more accessible to Filipinos. The company’s first foray into the smart TV space comes in two variants: 32 and 43 inches with HD and FHD resolutions, respectively. The Watch S Pro smartwatch, on the other hand, arrives as an improved version of the Watch S Realme Philippines debuted last year.

Additionally, 10 buyers of the Realme Smart TV that day will receive a free Realme 100W Soundbar, as well as 12 months of extended warranty coverage worth P3,990 ($62) at Realme repair centers nationwide.

You can also purchase the TV at Realme concept stores.

Key highlights include a VA panel with a high contrast ratio and up to 400 nits of brightness, thanks to Realme’s Chroma Boost picture engine; Dolby Audio-certified quad stereo speakers with a combined output of 24 watts; and a quad-core ARM Cortex-A53 CPU running stock Android TV based on Android 9 Pie with Chromecast built in.

We’ll publish our full review of the Realme Smart TV later today, so do watch for that to find out if the aggressively priced Android TV is worth the money.

For the money, you’re looking at a round wearable running proprietary software, but without Google’s or any other third-party apps. It also boasts an AMOLED display, as well as a dual-core processor and onboard GPS.

This line may already sound cliché, but not the marvelous Super AMOLED Display of the #realmeWatchSPro that brings sophistication whenever you look at it.
Watch out coming on March 2, 6PMhttps://t.co/Cm6cXJyvP2
Save the Date HERE: https://t.co/asYuUeaC2k#realmeTechLife pic.twitter.com/rPH9AnU80H