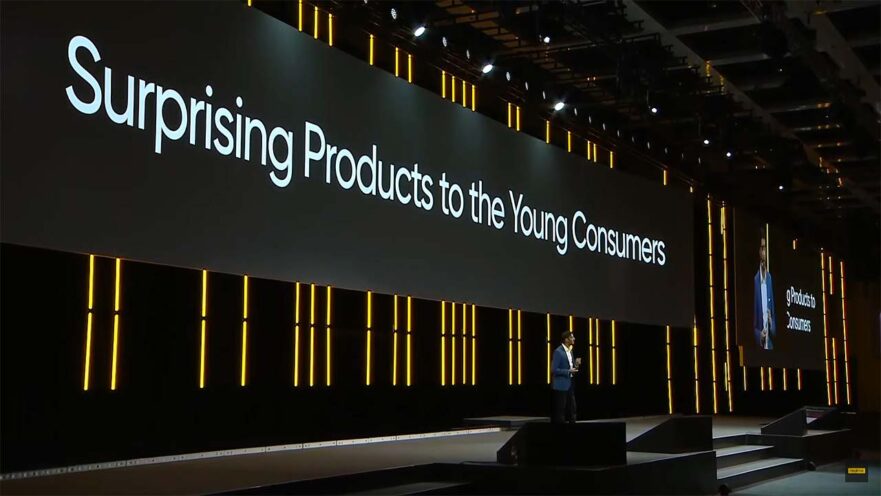 There’s no doubt about it: Realme is a rising star in the smartphone industry. Its phenomenal growth since it was founded in 2018 has been well-documented by different market-research firms.

Just recently, Counterpoint Research reported about its continued growing streak in Southeast Asia despite the market declining 19% year on year amid the COVID-19 pandemic. In the Philippines, the brand saw a 7,400% YoY growth and became the No. 2 smartphone vendor after Vivo in the second quarter of 2020.

But can Realme sustain this kind of performance? How will it make sure that it will still be relevant in the years to come?

In a Zoom interview with select Asian technology journalists and at its keynote at IFA 2020, one of the biggest trade shows for consumer electronics and home appliances, we got to know more about Realme’s current efforts and plans for the future.

With its unprecedented success in Asia, Realme is now setting its sights on strengthening its presence in Europe, even assigning Realme India CEO Madhav Sheth as chief executive officer of Realme Europe, too.

According to Sheth, “It is a great challenge and also a new beginning for me to be responsible for both Europe and India markets. Realme is committed to building ‘One Europe’ strategy. And Realme will take Germany as our new European headquarter and become top 5 in Europe in 2021.'”

Top 5 in 2021? That’s a bold ambition. But with its track record speaking for itself, Realme might just be able to pull it off.

The region will have the earliest products at the earliest time and get a localized sales and marketing team. It counts Germany, the United Kingdom, Poland, Greece, the Czech Republic, Spain, France, and Italy as the key markets. The new markets, on the other hand, are Denmark, Finland, Sweden, Norway, the Netherlands, Belgium, and Luxembourg.

That’s not all. Realme founder and CEO Sky Li revealed the company will also “march into Latin America to play and leap forward with more young people.”

This is not just about markets. We’re talking about what the company offers as well. Take note that while the smartphone is still Realme’s core product, it’s making the smart TV, smart speaker, smartwatch, and smart earphones as its “top 4 smart hubs to help consumers manage and control more AIoT [Artificial Intelligence of Things] products together with smartphones.”

That’s what the “4” in the 1+4+N product strategy Realme unveiled a few months back means. And the N? It represents the brand’s commitment to develop many AIoT and peripheral offerings and trendsetting lifestyle products.

Realme revealed it will release more than 50 AIoT products in 2020, including the following newly announced ones:

Realme was quick to point during the interview conducted on Zoom that it does not view itself as a brand entering more premium markets, but is bringing leap-forward performance — a reference to its “Dare to Leap” tagline, for sure — and trendsetting design at more affordable pricing to its target market, the younger generation.

Will it launch tablets and laptops? Realme chief marketing officer Chase Xu confirmed they will offer them in the future, as they intend to build a more comprehensive AIoT ecosystem. In fact, the brand is set to launch more than 100 AIoT products in 2021. However, Xu couldn’t reveal the release time of Realme PCs just yet.

Realme CMO Chase Xu revealed they will offer personal computers, including tablets, as they intend to build a more comprehensive AIoT ecosystem

Might as well. According to Canalys, the worldwide tablet-PC market experienced a remarkable 26% YoY increase in the second quarter of 2020. The global laptop market, on the other hand, grew 24% YoY in the same period.

“Tablets enjoyed a renaissance … because the devices tick so many boxes for remote work and education use,” Canalys analyst Ishan Dutt said. “The coronavirus pandemic has increased competition for communal screen access between household members forced to stay indoors. Tablets help overcome this problem by allowing each family member to have their own device. And they are more budget-friendly than desktops and notebooks.”

As the core product in its 1+4+N product strategy, the smartphone is, of course, the highlight of Realme’s portfolio.

According to Chase Xu, “Speaking of smartphones, we have two primary focuses: bring 5G to a lower price range and in Southeast Asia, introduce 64-megapixel camera and 125-watt UltraDART Flash Charging technologies.”

However, we have yet to see a Realme smartphone with the 125-watt charging tech it announced in July. It’s something that will be able to charge a 4,000mAh battery in just three minutes. The 65-watt SuperDart Charge is another matter, as the company is expected to launch the Qualcomm Snapdragon 865-powered Realme X50 Pro 5G phone, which boasts that feature, in the Philippines.

For those who are not familiar with the brand, especially those from European markets, Realme’s 4G mobiles are categorized into the following:

As for 5G devices, the company groups them into two categories:

Realme plans to ship more than 100 million units in two to three years. Time will tell if it can achieve that. But as we mentioned earlier, the prospect is looking good — great even — based on its track record.

Video: Realme keynote at IFA 2020 in Berlin, Germany, in case you missed the livestream. The Zoom interview with CMO Chase Xu happened after the event