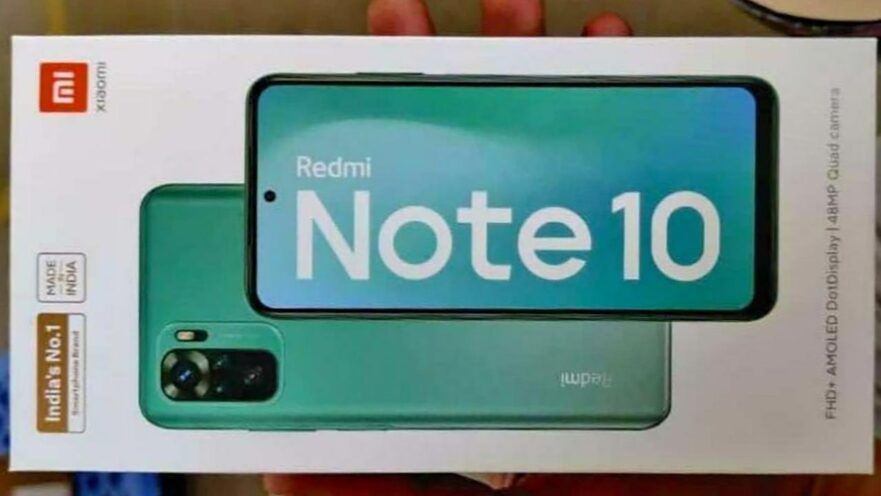 What a busy time for Redmi. After launching the Redmi K40, K40 Pro, and K40 Pro Plus in China a few days ago, it’s getting ready to lift the veil of the Redmi Note 10 series March 4.

We’ve already seen many leaks of the lineup, which is rumored to include the Redmi Note 10, Redmi Note 10 Pro, and Redmi Note 10 Pro Max. But the most recent one we spotted on Facebook is a picture shared by Xiaomi Leaks PH showing two retail boxes of the regular model.

The person who supposedly sent the photo to the page claims that he or she bought the Redmi Note 10 from a store at SM City Lucena, but stops short of disclosing the price.

The key specs that are shown in the image line up with what has been leaked thus far. Apparently, the Redmi Note 10 is powered by an 11nm Qualcomm Snapdragon 678, an improved version of the Snapdragon 675 chip that was announced in October 2018 and used in devices such as the Vivo V17 Pro.

The picture also reveals that the Redmi Note 10 features a punch-hole Super AMOLED screen measuring 6.43 inches, dual speakers, a 48-megapixel quad camera on the back (the Pro is equipped with a 108-megapixel shooter), and a battery that supports 33 watts of fast charging.

In related news, the Redmi Note 10 with 6GB of RAM and 64GB of storage is seen to come with a ₹15,999 (around P10,549 or $217) price tag in India. Another post shows that the main camera is paired with 8-megapixel ultra-wide, 2-megapixel macro, and 2-megapixel depth sensors; the display has a 60Hz refresh rate unlike the rumored 120Hz screens of the phone’s Pro variants; and the battery is rated at 5,000mAh.

So one more interesting Leak by @Gadgetsdata same box price which i have Leaked today!! What is your thoughts. Appreciate your RT👍
#RedmiNote10Series #redminote10 https://t.co/k1XiSJkiej pic.twitter.com/UlIVUknIyJ

March 4 is just around the corner, so we’ll see if everything that has been reported about this smartphone — a significant one, as it comes from a series with more than 200 million units sold globally — is indeed accurate. See you in a few days.