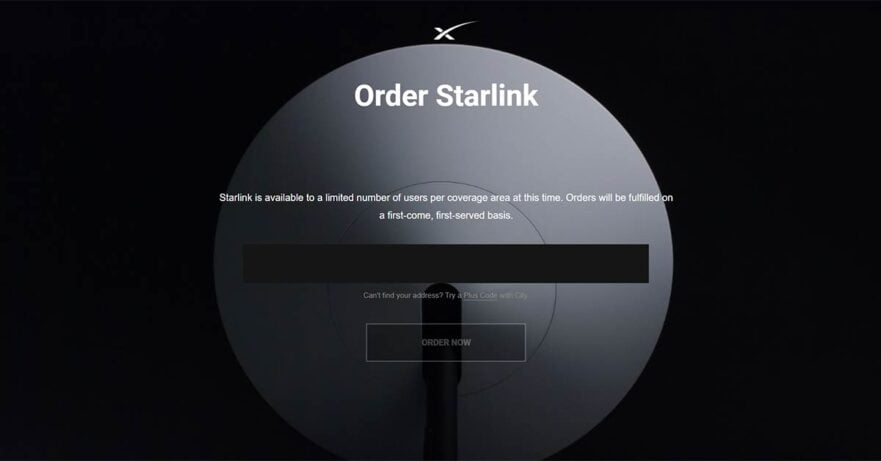 We reported a while back that Elon Musk’s SpaceX company has been in talks with Converge ICT to bring the Starlink satellite-internet service to the Philippines. Since then, Converge has come out and said those talks were premature, likely in a bid to temper expectations and not get in the way of prospective customers signing up for a Converge subscription now or in the near future.

(Update, February 15: Here’s the latest update on Starlink’s status in the Philippines: Starlink satellite internet delayed to 2023 in PH?)

However, there appears to be no stopping Starlink from offering its high-speed, beamed-from-space internet services in the Philippines, as the company is currently accepting preorders for the Starlink installation kit through its official website. Starlink is targeting local coverage in 2022, according to the site.

The preorders are limited, though, and “orders will be fulfilled on a first-come, first-served basis.” They also require a $99 (roughly P4,827 converted) down payment, which is completely refundable if you change your mind, though you’ll probably want to see this through considering what the potential benefits might be.

But it’s also important to note that Starlink says placing a deposit does not guarantee service. Of course, if you obtain a refund, you’ll forfeit your priority position in Starlink’s queue. Having said that, we put together this quick FAQ sheet to help those of you who might be interested in signing up.

The generic answer is that Starlink is a fairly new internet service provider or ISP that uses a universal network of satellites floating in Earth’s low orbit to beam down high-speed internet signals to small, consumer-grade satellite dishes owned by its subscribers.

So, yes, space internet. Starlink’s website states it is working towards expanding its coverage to most of the populated world in 2021. It has recently reached over 10,000 customers in its North American beta program. It also has subscribers in the United Kingdom.

What is the difference between Starlink and your current broadband internet?

If you live in the Philippines, chances are high that you are using a terrestrial-based broadband service that uses international submarine cables, fiber-optic and copper cables, transmitter towers, roadside cabinets, and other legacy infrastructure. As you would imagine, traditional broadband requires spending billions on infrastructure alone and could take up an inordinate amount of time to roll out.

Starlink should do away with most, if not all, of the challenges posed by setting up terrestrial broadband. Hence, many people including us see great potential in it being a niche ISP that services remote areas where broadband access is limited, or not available at all, due to geographical constraints.

When will Starlink be available in the Philippines?

What is the potential coverage area of Starlink’s internet services in the Philippines?

Ideally, all parts of the country since Starlink’s rollout won’t be restricted by geographical location. We checked many locations on the website and found that even far-flung places like the Municipality of Sabtang in the Batanes islands are expected to be covered by 2022.

How fast is Starlink?

The service promises download speeds between 50Mbps and 150Mbps and latency from 20ms to 40ms. However, Elon Musk has said that Starlink will double the available speeds and keep the latency to around 20ms within the next year.

Is there a data cap for Starlink customers?

There are no data caps for early adopters at present.

How much is the Starlink installation kit and subscription?

U.S. customers pay $499 (around P24,329 converted) for the antenna and router kit and $99 (P4,827) monthly for the internet subscription. It’s also worth noting that you’ll set up the hardware at home, though Starlink offers an app for Android and iOS that uses augmented reality to help you pick the best location for its receiver.

The internet subscription itself is quite expensive, especially considering you can get 500Mbps of fixed fiber broadband in the Philippines for around the same money. But then again, it isn’t really meant to replace conventional broadband.

According to the company’s website, Starlink is “ideally suited for areas of the globe where connectivity has typically been a challenge.”