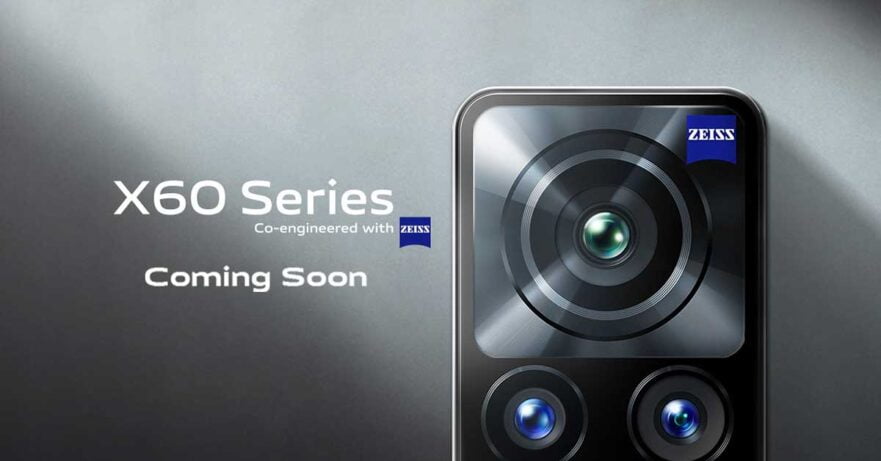 Vivo has revealed that on March 22, it will unveil its latest X60 series in Malaysia, one of the brand’s key markets. You might recall that the company’s local arm earlier teased the local launch of the Vivo X60 and Vivo X60 Pro in the Philippines, so the wait shouldn’t be too much longer now.

Here’s an interesting thing, though: The Vivo X60 lineup will likely introduce the Qualcomm Snapdragon 870 to the globalal market, as opposed to arriving with Samsung’s Exynos 1080 processor in tow. The Malaysian version is confirmed to use that chip.

The Snapdragon 870 has often been described as a higher-clocked Snapdragon 865 Plus, which is similar to the regular Snapdragon 865, except with a higher CPU clock speed. Unsurprisingly, the 5G chipset reaches the highest clock speed in the industry, with a prime core capable of operating at 3.2GHz. The 870 also packs an Adreno 650 GPU.

Take note those prices are for the Exynos 1080 variants; the pricing could be higher for the Snapdragon 870-based models. But despite the change in internals, the design of the Vivo X60 and Vivo X60 Pro hasn’t changed. The teaser for the Malaysian market features the same triple-camera setup we saw earlier, with the Zeiss logo etched in the upper-right corner, and the X60 series will come in Shimmer (read: gradient) Blue and Midnight Black colors as well.

However, it remains to be seen whether the rest of the specs — including the Chinese versions’ 48-megapixel Sony IMX598 image sensor and 6.5-inch AMOLED punch-hole screen with a 120Hz refresh rate and 240Hz touch sampling — stays the same. On the imaging front, the company has confirmed its Gimbal Stabilization 2.0 and Extreme Night Vision 2.0 camera features on the international Vivo X60 variants.