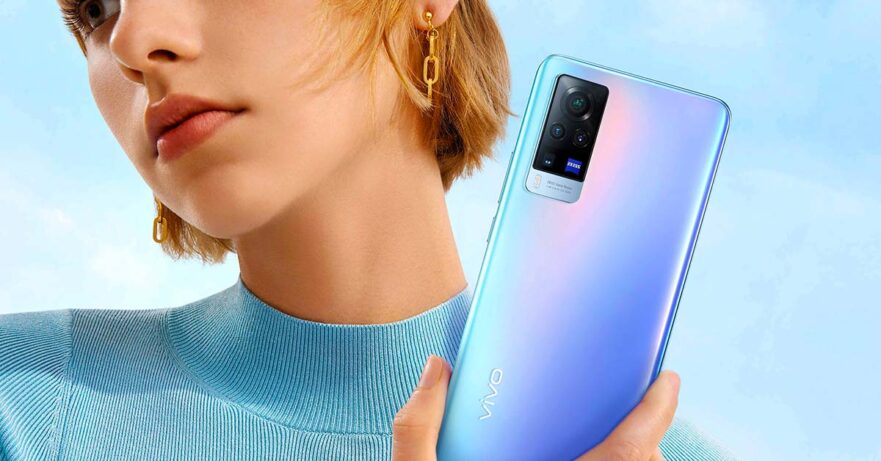 At today’s Vivo event in China, the company showed the Qualcomm Snapdragon 888-powered Vivo X60 Pro Plus. But the device is going to be launched in late January; tonight’s stars were really the more affordable X60 series models.

Yes, the Vivo X60 and Vivo X60 Pro 5G phones are officially official, and they come with the following prices:

The launch of the smartphones marks the formal debut of Vivo’s global partnership with German optics manufacturer Zeiss — a strong indication of Vivo’s goal to be a pioneer in mobile-photography technology. In fact, the Vivo X50 Pro Plus is one of imaging expert DxOMark’s top-ranked camera phones. And we saw for ourselves how great the Vivo X50 Pro 5G’s gimbal-like camera system really is.

The Vivo X60 and Vivo X60 Pro share a 48-megapixel primary Sony IMX598 sensor, which has 10% more light sensitivity than the Sony IMX582 — great for nighttime photography. The sensor is now equipped with a second-generation micro-gimbal system. But while the regular model only has three rear shooters, the Pro version has four with the addition of a n 8-megapixel 5x periscope zoom lens that can zoom into subjects up to 60x. They do have one 32-megapixel selfie camera.

One of the Vivo X60 series’ official product videos

You know what else debuted alongside the devices? Two things. One is OriginOS, which now comes with the X60 and X60 Pro out of the box. It succeeds Funtouch OS, bringing a whole bunch of new visual elements, including redesigned notification widgets and alerts, as well as a revamped Control Center. Second is Exynos 1080, Samsung’s first 5nm EUV process-based chip. It consists of one ARM Cortex-A78, three Cortex-A78, and four Cortex-A55 cores.

The punch-hole screen of the Vivo X60 and Vivo X60 Pro is of the Super AMOLED kind, measures 6.5 inches, has 2,400 x 1,080 resolution, gets a fingerprint sensor underneath it, and features fast 120Hz refresh and 240Hz touch-sampling rates. The more premium of the two boasts a 3D curved design, though.

The vanilla unit packs a 4,300mAh battery while the Pro variant has one rated at 4,200mAh. Both support 33 watts of fast charging.

There’s no word yet on when the X60 series will be released globally. We’re surely interested in its availability in the Philippines. For now, we wait.