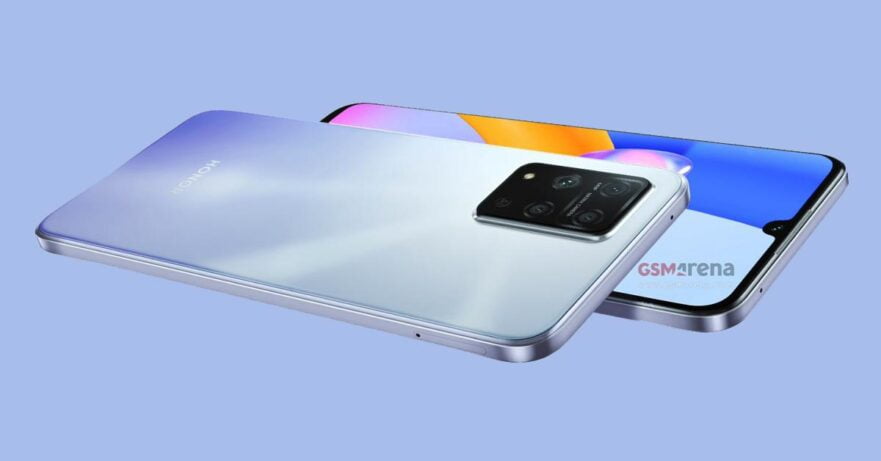 Of all the Honor phones that were launched in the Philippines, it’s the Honor Play that we can’t somehow forget. At the time it was released in 2018, it was one of the best, if not the best, bang-for-the-buck midrange handsets in the country. So we’re hopeful for the one that’s currently in the rumor mill.

The Honor Play 5 is said to be launching soon, powered by MediaTek’s Dimensity 800U, the same chip that’s inside smartphones such as the Vivo V21 and the Realme Narzo 30 Pro.

The leaked image above shows a device that has a flat frame and one that has clearly veered away from the rounded-corner design of more recent Honor releases. The screen — said to be a 6.53-inch FullHD+ OLED — has a notch. There’s probably a fingerprint sensor underneath the panel, because of the kind of display that the Honor Play 5 supposedly uses. Plus, we can’t see any physical fingerprint reader on the back.

The rear camera setup is allegedly headlined by a 64-megapixel sensor, flanked by 8-megapixel ultra-wide, 2-megapixel depth-sensing, and -megapixel macro lenses. Keeping the lights on is a 3,800mAh battery with support for 66-watt fast charging over a USB-C port. The unit is supposed to weigh 179 grams and be 7.46mm thin.

How much will the Honor Play 5 cost? Will it be value-priced, too? We won’t keep our hopes up for a Philippine release, but will it become available globally? If it will, then it’s most likely coming with Google services, as Honor has already split from Huawei. We hope to get the answers soon.