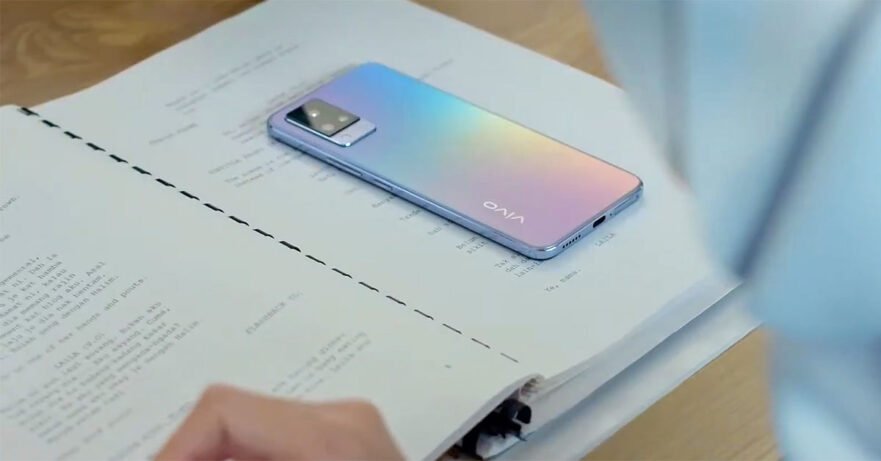 The sequel to Vivo‘s V20 series is now official. The new V lineup includes the Vivo V21 and Vivo V21e, with the latter being the more affordable option of the duo.

As shown in earlier leaks, the series sports a familiar design, featuring flat front and back panels and sides, just like the previous generation. The triple-camera module on the rear also looks identical to that on the V20 models.

In Malaysia, the V21 and V21e will be released May 5 and are priced as follows:

The V21 will be offered in Dusk Blue and Sunset Dazzle colors, while the V21e sports fancy Diamond Flare and Roman Black finishes. The Vivo V21 5G, which is basically identical to the standard model, except it has a 5G modem built in, apparently won’t launch in Malaysia. Its price has not been revealed just yet. There’s no word on its availability in the Philippines so far, too.

The higher-end variant sees a 64-megapixel primary camera at the back, while its 44-megapixel selfie shooter sits in a notch at the center. Conveniently, the front-facing camera is joined by two flash modules, allowing you to capture brighter selfies in dim lighting, where typical selfie cameras would produce grainy, underexposed images. The Tecno Spark 6 Air, which we reviewed earlier this month, has a similar setup.

It’s also worth noting that both front and rear cameras of the Vivo V21 boast optical image stabilization for sharper pictures and smoother videos. Of course, OIS should improve low-light performance as well.

Inside, the Vivo V21 packs a 7-nanometer MediaTek Dimensity 800U SoC that operates at a speed of up to 2.4GHz. The processor has 128GB of UFS 2.2 storage and 8GB RAM onboard and will come with Vivo’s extended RAM technology, which will use 3GB of the phone’s internal storage to increase the total available memory to 11GB of RAM. The Vivo X60 series offers a similar feature.

The V21 packs a 6.44-inch FHD+ E3 AMOLED with HDR10+ certification and a 90Hz refresh rate, while its battery is rated at 4,000mAh and supports 33-watt fast charging right out of the box. According to Vivo, the battery can refill to 63% in just 30 minutes.

Like its more expensive stablemate, the V21e is equipped with a 64-megapixel main sensor on the rear, joined by two secondary sensors for ultra-wide and macro shots. The front camera has a 44-megapixel sensor, too, but instead of OIS, you get electronic image stabilization. It also drops the dual LED flash of the V21.

The processor takes a step back to an 8nm Qualcomm Snapdragon 720G, although the Vivo V21e comes with 8GB RAM and 128GB storage, alongside the virtual RAM function of the vanilla V21.