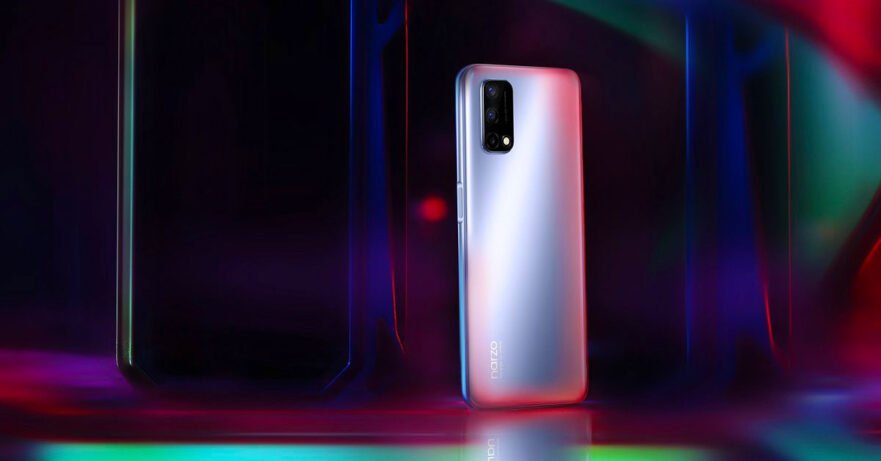 (Update, May 18: The Realme Narzo 30 is official, about three months after the Narzo 30A and Narzo 30 Pro 5G were launched! Price and specs here.)

(Update, March 26: Is the Realme Narzo 30A the #LimitlessGamingMonster that it claims to be? Check out our review here!)

(Update: The Realme Narzo 30A is launching in the Philippines March 25, and we already have a unit. Read our first impressions or hands-on review here!)

Support for the new generation of mobile network comes courtesy of MediaTek’s Dimensity 800U, the same chip inside Xiaomi’s Redmi Note 9T 5G, which we reviewed weeks ago.

The Realme Narzo 30 Pro 5G also boasts a 6.5-inch screen with a high, 120Hz refresh rate; a 5,000mAh battery with support for 30 watts of fast charging; a 48-megapixel triple rear camera; and a 16-megapixel selfie shooter.

The Matrix design of the #realmeNarzo30A expresses meaning and feeling in a personalized manner, resulting in greater impact with the trendy Laser Blue and Laser Black colours.

The device uses Helio G85, the same processor that powers the Narzo 20, and features a 6.5-inch display with a 60Hz refresh rate; a 6,000mAh battery; 18-watt Quick Charge technology; and a 13-megapixel dual camera on the back and an 8-megapixel one on the front.

Announced alongside the two smartphones are the Realme Buds Air 2; Realme Motion-Activated Night Light; Realmeow T-shirt, cap, and sweatshirt; and the gaming accessories you’ll see in the image above.

Video: Realme Narzo 30 series launch, in case you missed the livestream. Program starts at the 6:40 mark