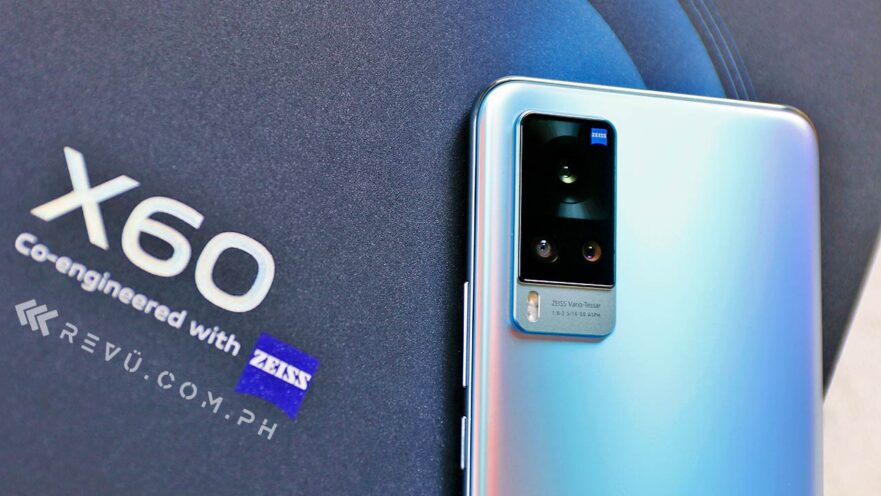 Vivo is already teasing the launch of the Vivo X60 series in the Philippines. Now, we finally know what to expect from one of the country’s biggest smartphone vendors.

(Update, May 20: The phone’s now official in the Philippines! See its price here.)

Vivo Philippines will announce the Vivo X60 as the brand’s latest Android flagship soon, with blind preorders slated for May 15. There is no word about the domestic release of the X60 Pro and X60 Pro Plus, so we won’t get our hopes up.

As for the device itself, the international version of the regular X60 comes equipped with a 5G-capable Qualcomm Snapdragon 870, as opposed to Samsung’s Exynos 1080 chip powering the Chinese variants of the X60 and X60 Pro. When asked about this, Vivo revealed that global consumer preference played a huge part in the decision to drop the high-end Exynos chip.

The Snapdragon 870 is paired with 12GB RAM and 256GB of UFS 3.1 storage in the sole configuration that will be offered here. On the battery side, the Vivo X60 ships with a 4,200mAh cell and supports 33-watt fast charging right out of the box.

The X60 series is the first smartphone lineup from Vivo that features Zeiss Vario-Tessar lenses for its cameras. The phones will also incorporate an anti-reflective lens coating, as well as Zeiss 3D PoP algorithms for bokeh renders. The main sensor of the X60 is a 48-megapixel Sony IMX 598, while the front-facing shooter for selfies and video calls is equipped with 32 megapixels.

Stay tuned for our full review of the Vivo X60 and information on its price and availability, which we will post in the coming weeks.