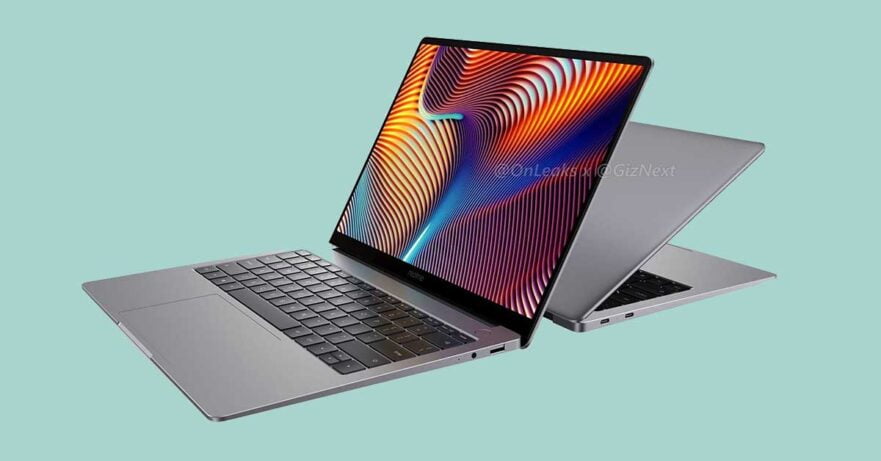 A month ago, Realme teased its first laptop and first tablet at the global launch of the Realme GT 5G.

(Update, August 19: The Realme Book Slim has been launched! See its prices and specs here.)

We’ve been looking forward to seeing more of them since that time. And now, we’re finally getting a better look at one of them, courtesy of reliable tipster Steve Hemmerstoffer — popularly known as OnLeaks — and online technology publication GizNext. The two collaborated to show the Realme Book in its full glory. And the first thing that we thought of? Apple’s MacBook, what with its upcoming device’s brushed aluminum build, big trackpad, and black keyboard keys.

Video that gives us a first good look at the Realme Book, Realme‘s first laptop

According to the information that has surfaced, the Realme Book has 307 x 229 x 16 mm dimensions, suggesting that it’s a slim and light notebook. It is said to be targeted at students and working professionals, after all.

The screen reportedly measures 14 inches diagonally and is expected to be Full HD and anti-glare. Expect a lone USB Type-A slot and two USB Type-C ones, as well a 3.5mm headphone jack. The power key serves as a fingerprint sensor, too, just like in Huawei MateBooks.

The Realme Book supposedly boots Windows 10 out of the box and comes with Intel Core i3 and Intel Core i5 11th-generation processors and pre-installed Genuine Windows 10 OS and Microsoft Office. The report also claims there will be multiple RAM and SSD storage variants.

We don’t know yet if the laptop will become available in the Philippines, but word has it that it will be launched in India in August with aggressive prices that start at under ₹40,000 (roughly below P26,931 or $536 sans taxes).

What do you think of the Realme Book?