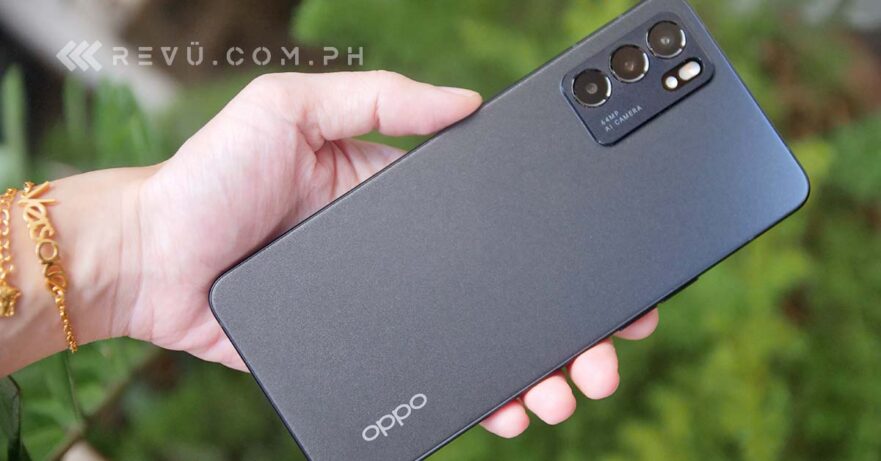 OPPO today unveiled the Reno6 series in the Philippines, with local celebrities Nadine Lustre and James Reid headlining the launch of the technology giant’s latest smartphones.

SEE ALSO: We unbox the OPPO Reno6 5G with Dimensity 900

If you’re after a Globe data plan to pair with your smartphone, you can get the OPPO Reno6 5G for free at GPlan 1999, which comes with 15GB of data and unlimited calls and SMS to all networks, in addition to 3GB of GoWiFi access monthly. The OPPO Reno6 Z 5G, on the other hand, is available at GPlan 1499 with a one-time payment of P2,400 ($47). GPlan 1499 will give you 10GB of data plus unlimited calls and texts to all networks.

The latter will also soon be available with Smart Communications’ Signature postpaid plans, including Signature Plan M for only P1,499 ($30) per month with a minimal cash out. Plan M offers 10GB of data monthly, as well as unlimited calls and texts to all networks and 100 minutes of calls to any PLDT landline number.

Locally, only the Reno6 Z 5G and Reno6 5G will be sold in stores, so don’t expect the MediaTek Dimensity 1200-powered Reno6 Pro 5G to go on sale here. Like previous models in the line, the camera is again a big part of the Reno6’s selling pitch to customers. More specifically, OPPO is touting the series’ software features for video recording as one of its biggest attractions — and we agree.

OPPO’s improved AI-based portrait modes for photos and video allow customers to get creative with their shots, without spending time editing after the fact. The two devices also share a 6.43-inch AMOLED screen; a triple-camera system at the back with a 64-megapixel main sensor; a 32-megapixel selfie shooter; and ColorOS 11 on top of Android 11.

Picture shot on the OPPO Reno6 5G. We’ll share a sample video in our review, which should be up this weekend

Obviously, another key selling point is 5G. Both smartphones are compatible with local 5G networks for faster downloads. The Reno6 Z 5G is equipped with a Dimensity 800U chipset, whereas the Reno6 5G arrives as the first Dimensity 900-based phone in the Philippines. Besides the performance boost — and iPhone-inspired design with a boxy profile — the latter boasts a higher 90Hz refresh rate as well.