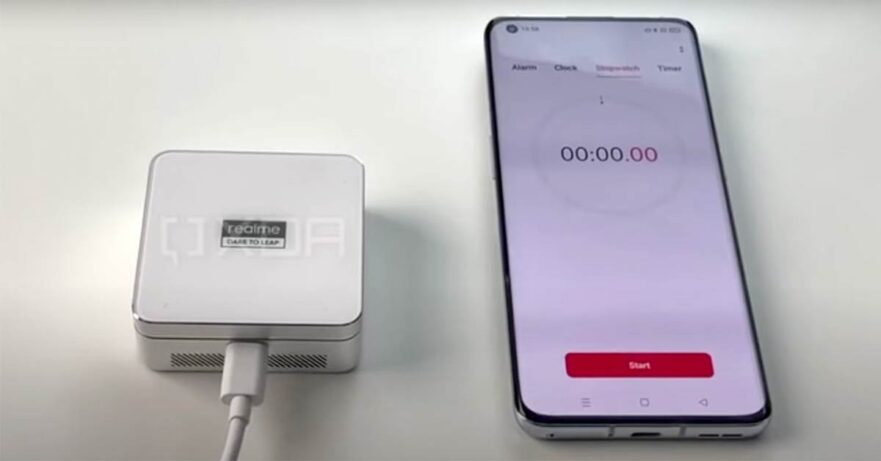 Realme is set to debut its latest wireless-charging standard tomorrow, August 3, alongside the first smartphone to support it. The company will call it MagDart, and it will be present in at least two wireless chargers, while the handset will be named Realme Flash.

Ahead of the announcement, the team over at XDA Developers has managed to get ahold of a charging-test video showcasing the upcoming Realme Flash phone and MagDart charger. The demo shows the flagship smartphone going from 18% to 25% in just three minutes — a remarkable feat considering how slow most wireless standards are.

Previously, Realme claimed that MagDart will be 440% faster — and assuming the reference point here is Apple and Samsung’s 15-watt wireless charging on their current top-end devices, then it’s probably reasonable to assume that MagDart could support speeds up to 66 watts.

That would make it the second-fastest wireless charger on the market, only trailing Xiaomi’s 80-watt wireless-charging technology. It’s also worth noting that the Xiaomi Mi 11 Ultra is currently the fastest smartphone when it comes to topping up without having to plug something in, with support for up to 67 watts of power delivery.

Still, 66 watts is impressive and should be more than enough to get the Realme Flash from zero to full in under an hour. As for the smartphone, the Flash is expected to ship with a Qualcomm Snapdragon 888 chipset with 5G and up to 12GB of RAM and 256GB of internal storage. It will run Realme UI 2.0 on top of Android 11, which suggests it might launch before Android 12’s official public rollout.