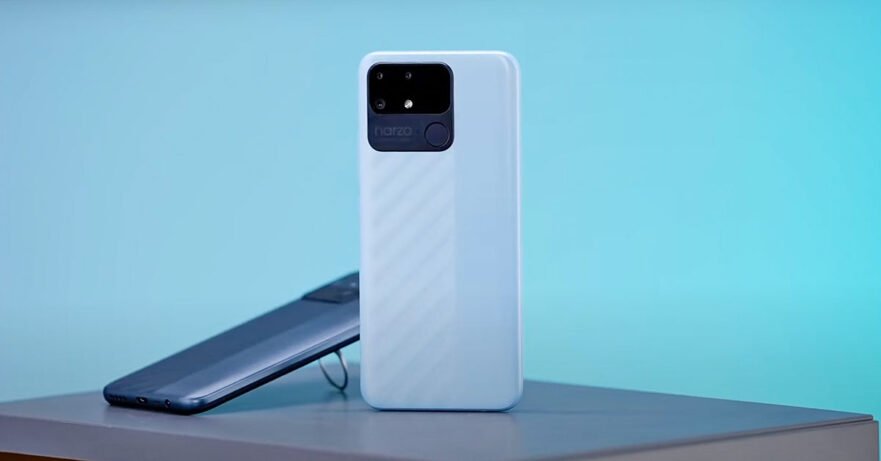 The Narzo series has finally been updated with the launch of the Realme Narzo 50A and Realme Narzo 50i in India, with availability scheduled for October 7.

The two smartphones are entry-level devices, with the cheapest going for ₹7,499 — or roughly P5,159 in Philippine pesos and $101 in U.S. dollars. You can see their prices below:

The Realme Narzo 50A is the more interesting phone of the two. It targets young gamers with its 6,000mAh battery and the MediaTek Helio G85 chip it uses. That’s the same SoC that powers handsets such as the Realme Narzo 30A, Realme 7i, Tecno Pova 2, and Infinix Hot 10S. Realme says it’s “the performance titan with 50MP camera.”

You read that right. The 6.5-inch Narzo 50A is equipped with a 50-megapixel main rear sensor that’s placed in a rather-interestingly-designed big camera module that also houses the unit’s fingerprint sensor.

The Realme Narzo 50i, on the other hand, is a starter smartphone. It can also serve as your second unit. Don’t expect much from it; it is the most affordable Narzo phone, after all. But it should be able to handle basic tasks.

Inside is a Unisoc 9863 chipset; the front is 6.5 inches; the side makes room for the fingerprint reader that also serves as the power key; and the battery is also big at 5,000mAh. The 50i features a two-toned design, with the lower part getting a “diagonal stripe” treatment.