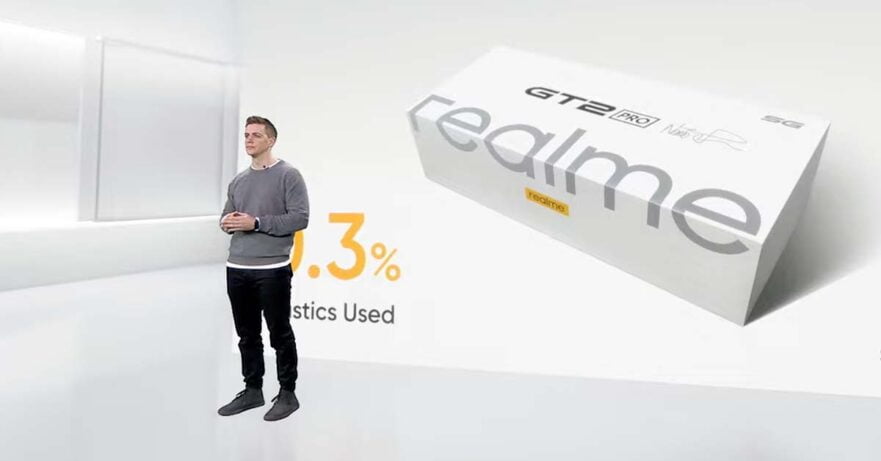 Today’s Realme GT 2 series special event focused on the three technologies that the brand is introducing in its yet-to-be-launched lineup. And not just any technologies, mind you, because they’re industry firsts.

(Update, December 22: Realme has revealed the GT 2 series’ launch date in China and the design of the Realme GT 2 Pro!)

Not that we’re surprised. The line is Realme’s first-ever premium flagship, after all, so what better way to debut the innovations than with the Realme GT 2 series, particularly the Realme GT 2 Pro? Here are the technologies that we can expect when the smartphone becomes official.

Earlier today, we revealed 4 technology breakthroughs that will be featured on #realmeGT2Series. Which #InnovationForward feature you look forward the most? pic.twitter.com/WykJ205QXz

Talk about being minimalist and sustainable, with global warming being at the heart of its design. Created in another collaboration with renowned Japanese designer Naoto Fukasawa, the Realme GT 2 Pro is inspired by paper, with the look being referred to as Paper Tech Master Design. The rear cover is made of a bio-polymer material that the company says is “an eco-friendly alternative to fossil raw materials that contribute to global warming.”

The said material has passed the ISCC [International Sustainability and Carbon Certification] and other stringent environmental regulation standards. It’s not only environmentally friendly; it’s also as durable as the traditional materials that we’re accustomed to seeing in other handsets.

Additionally, the retail box of the GT 2 Pro uses less paper. Realme reveals the overall plastic ratio this time is just 0.03%. Compare that with the previous generation’s 21.7%. Big difference.

Wishing for wider perspectives in images? How about Fisheye mode?

Well, the Realme GT 2 Pro apparently has both. According to the brand, the smartphone boasts a 150-degree ultra-wide-angle sensor, expanding its field of view by 278% compared with the main camera’s 84-degree field. That should allow you to capture more of a, say, scenic location you’re planning to visit, so you can share the beauty of the place.

And with Fisheye mode, you won’t need to buy an accessory to come up with shots that have a strong perspective or an ultra-long depth-of-field effect.

Heat dissipation and battery life are strong suits of Realme phones. Now, the company is focusing on signal.

The GT 2 Pro comes with an Antenna Array Matrix System that Realme says consists of three technologies. There’s HyperSmart, which is the world’s first ultra-wide-band antenna-switching technology. There are 12 wraparound antennas here that cover all sides of the device and support mainstream bands in almost all directions, all with the same signal strength. According to Realme, this allows the GT 2 Pro to “intelligently evaluate the signal strength of all antennas and automatically select the one with the best signal.”

And then there’s the Wi-Fi enhancer for a more balanced signal strength around the Realme GT 2 Pro, leading to a 20% improved signal stability.

Last, but by no means least, is the 360-degree near-field communication technology. The unit’s top two cellular antennas get an NFC signal transceiver function, so it now features a triple-antenna array design. The result? A 500% sensory-area increase plus a 20% enhancement of the sensing distance. With the entire upper part of the GT 2 Pro sensing NFC signals in either direction, facilitating the use of NFC for swiping cards or smartphones becomes easier.

You can hear more about these industry firsts in the video below.

Innovation Forward. Realme GT 2 special event, in case you missed the livestream. You’ll see the Realme GT 2 Pro at the 23:34 mark of the video