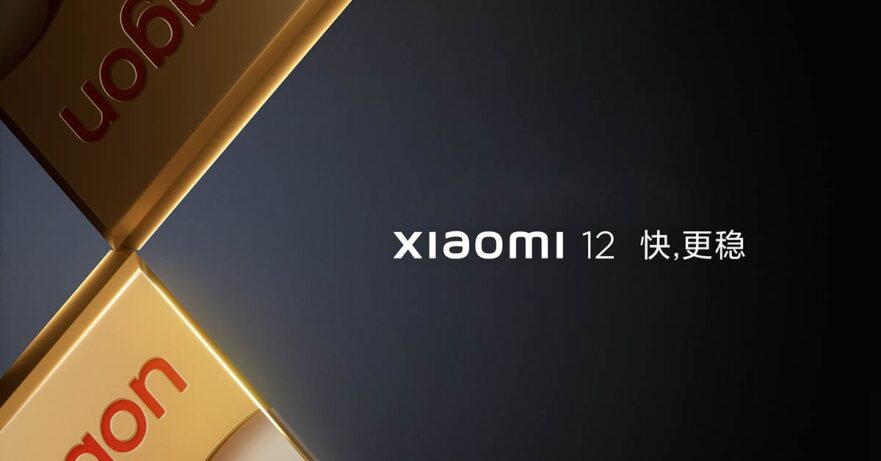 According to official posts on Chinese social media platform Weibo, the Xiaomi 12 series will debut in China December 28. Two models are confirmed to be part of the line — the Xiaomi 12 Pro and Xiaomi 12 — though word has it there will be a more budget-friendly Snapdragon 870-based Xiaomi 12x as well. Let’s see.

The Pro and vanilla units run MIUI 13 and are powered by the newly announced Qualcomm Snapdragon 8 Gen 1, which debuted on the Motorola Moto Edge X30. The chip is based on a 4nm Samsung process and a tri-cluster design consisting of a Cortex-X2 prime core running at 3GHz, three Cortex-A710 performance cores clocked at 2.5GHz, and four Cortex-A510 efficiency cores operating at 1.8GHz.

The difference between the two, as can be seen in the image above, is that the Xiaomi 12 Pro is noticeably bigger than the Xiaomi 12. The company’s cofounder, Lei Jun, admitted they have learned from Apple, which offers different sizes of its iPhones. They want Xiaomi fans to be able to choose the version the latter are comfortable with, but still get the power that a true flagship provides.

How the Xiaomi 12 supposedly looks

A Xiaomi 12 Ultra with a circular camera setup on the back — a la the Huawei Mate 40 series — is also rumored to launch as early as January 2022.