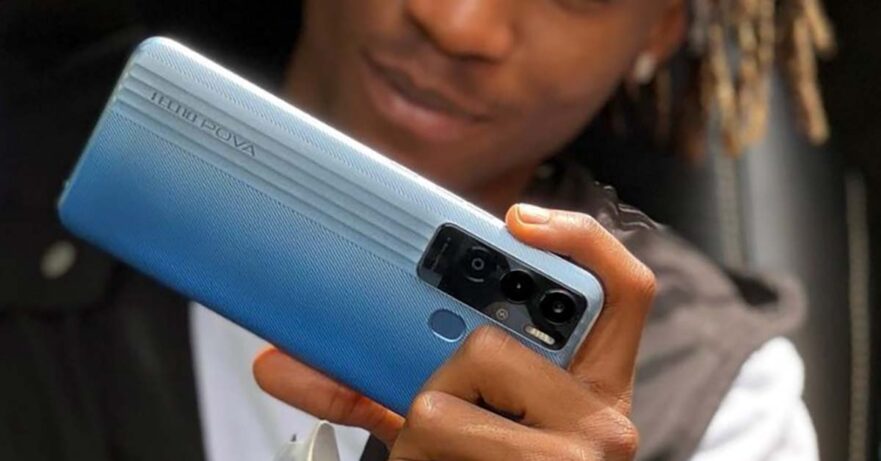 Just a few days after Tecno Mobile‘s entry-level NOVA phone debuted in Nigeria, it has gone official locally, too.

The Tecno POVA Neo is now available in the Philippines, listed exclusively on e-commerce platform Lazada with a suggested retail price of P5,999 (roughly $119 converted). However, you can buy it for only P5,499 ($110) till December 17. Each purchase comes with a free DITO SIM card with 10GB of open data.

There’s a 6GB/128GB version of the POVA Neo, but the brand has released the base model, which has 4GB of RAM and 64GB of storage to go along with a MediaTek Helio P22 chip, in the Philippines. Instead of three, you get two color options as well: Obsidian Black and Geek Blue.

The smartphone counts a massive battery as one of its highlights. With a cell that’s rated at 6,000mAh, it should be able to let you continuously play games up to 17 hours, watch videos for 20 hours, playing music for 24 hours, be on a call with someone for 40 hours, or surf the internet for 15 hours, as Tecno Mobile claims. And if you ever need to plug in the Tecno POVA Neo, at least there’s support for 18-watt fast charging here. A 15-minute charge allows you to play Clash of Clans for 3 hours or play music for 12 hours.

You also get a large screen; the panel measures 6.8 inches diagonally. On the upper-left side of the display is a punch hole that houses an 8-megapixel selfie camera. A 13-megapixel dual-sensor setup on the back takes care of rear-facing shots. And the device ships with Android 11 out of the box.

Below is the press release where the brand announced the Tecno POVA Neo’s availability in the Philippines. Here, you’ll also find information on its first Movie Masters program; Tecno Christmas Payday Sale till tomorrow, December 16; Tecno Holiday Sale from December 22 to the 26th; and more.