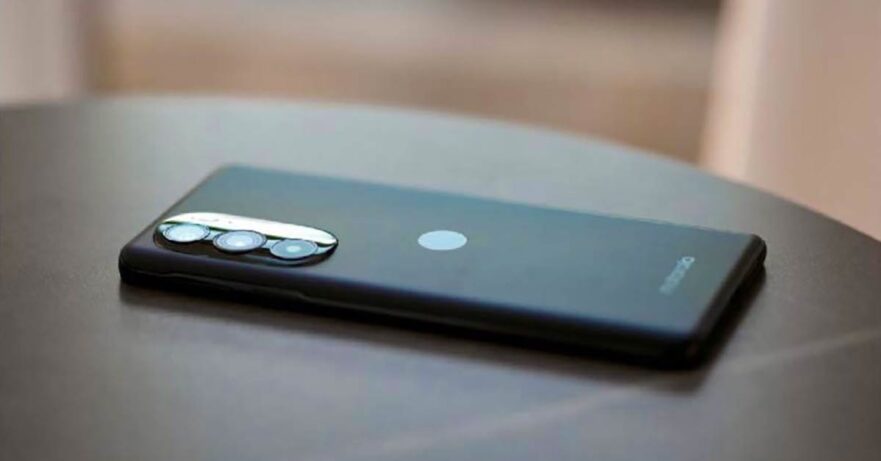 Motorola is reportedly working on an upcoming flagship smartphone more impressive than its current top-tier phone, the Motorola Edge X30, which is the first phone powered by a Qualcomm Snapdragon 8 Gen 1 chipset. The still-unnamed handset is rumored to use the code name Motorola Frontier.

(Update, January 26: The latest Motorola Frontier 22 leak reveals the design and more of the specs!)

Leaked documents have revealed some alleged specs of the Lenovo-owned company’s next flagship, including its SoC, which should come courtesy of Qualcomm, but might not be the same Snapdragon 8 Gen 1 chip that powers the Edge X30. It could be a similar silicon produced using TSMC’s 4nm node process instead of Samsung Foundry’s 4nm technology.

Qualcomm is supposedly facing problems in securing shipments of its Snapdragon 8 Gen 1 due to low yields of Samsung’s 4nm line. If true, that would make the shift to another process not only justifiable but crucial to its chip business as well. The top-end MediaTek Dimensity 9000 also uses the Taiwanese semiconductor firm’s 4nm technology.

According to the leak, Qualcomm’s new 4nm chip has the SM8475 model number and might be called the Snapdragon 8 Gen 2. However, take that with a huge grain of salt, as it’s unlikely that the chipmaker is already looking to replace the Snapdragon 8 Gen 1 this early in the year.

Coming back to the phone, the Motorola Frontier is said to sport a 6.67-inch curved P-OLED display offering FHD+ resolution and a 144Hz refresh rate, just like the Edge X30. The front of the handset could also feature a 60-megapixel selfie camera using an OmniVision OV60A image sensor.

More impressively, the Frontier may be equipped with Samsung’s new 200-megapixel Isocell S5KHP1, or simply HP1, camera sensor at the back, alongside a 50-megapixel ultra-wide camera with a Samsung sensor as well and a 12-megapixel telephoto option with a Sony IMX663 sensor. Announced last year, the HP1 almost doubles the megapixels of today’s flagship smartphones.

The documents do not reveal the battery capacity of the Frontier, but it should come with 125-watt wired fast charging over USB-C, as well as 50-watt wireless charging.

Finally, the Motorola Frontier is expected to come in two variants — one with 8GB RAM and 128GB of storage and another with a 12GB/256GB storage configuration.

Via TechNikNews; image of X30 Edge via Weibo