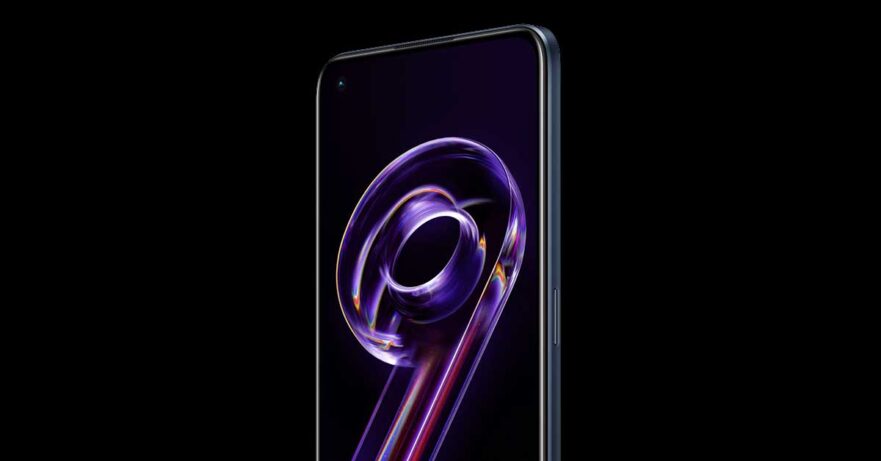 Realme‘s next number series’ higher-end models, which comprise the vanilla Realme 9 and Realme 9 Pro, is expected to launch soon. The recent reporting on the lineup included sketches — that’s right, sketches! — of the upcoming Pro Plus model.

(Update, January 27: The Realme 9 Pro and Realme 9 Pro Plus 5G phones are tipped to launch Feb 15. Here’s what we know about them so far!)

Thankfully, we don’t have to write about drawings now, as official-looking renders of the Realme 9 Pro have curiously emerged from the internet. The images you are looking at were initially published by @OnLeaks and Smartprix.

So… Following yesterday’s first glimps at the #Realme 9 Pro Series, here comes your very first and comprehensive look at the #Realme9Pro through ultra high-resolution press renders as well as its full specs sheet… #FutureSquad

They reveal a punch-hole display, probably of the OLED variety, as well as a glossy back cover sporting a triple-camera module similar to that on the Realme 9i and the company’s flagship GT 2 and GT Neo2 series. More interestingly, the renders suggest that Realme has opted not to bring back the Dare to Leap branding on the back of the new model, leaving it with a more minimalist aesthetic than before.

But then again, the leaked images only feature the Midnight Black variant. Apparently, the handset will also ship in Aurora Green and Sunrise Blue colors, which might sport a more aggressive rear design.

Elsewhere, the Pro version has been tipped to pack a Qualcomm Snapdragon 695 5G SoC and a 6.95-inch FHD+ screen with a 120Hz refresh rate and an embedded fingerprint reader. The processor will likely come with 8GB RAM and 128GB of built-in storage.

According to the phone’s alleged certification on the TÜV Rheinland site, the Realme 9 Pro will arrive with a 5,000mAh battery, up from the 4,500mAh cell in the Realme 8 Pro. Its fast-charging standard might be capped at 33 watts, though.

In the imaging department, the smartphone will reportedly see its 64-megapixel rear main camera joined by an 8-megapixel ultra-wide option and a 2-megapixel macro unit. Up front, the device’s selfie shooter could include a 16-megapixel sensor, similar to last year’s release.