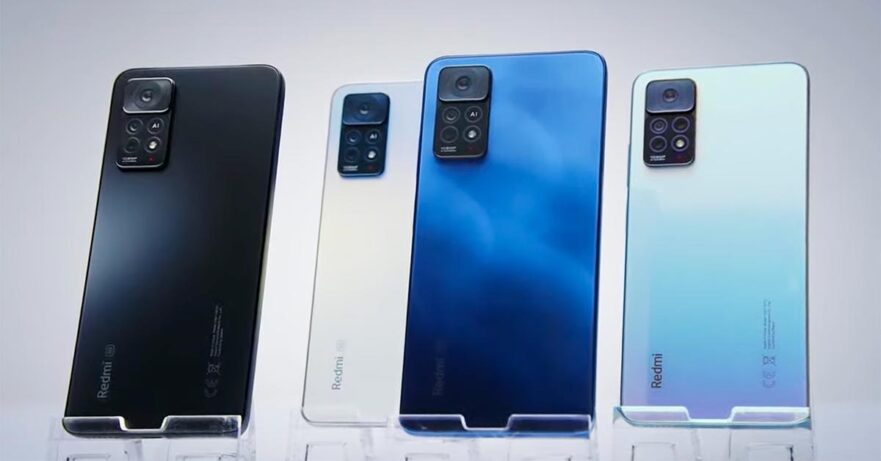 The latest Redmi Note smartphones are finally out of the proverbial bag. Following weeks of teasing and speculation, Xiaomi has announced the Redmi Note 11 series handsets.

(Update, March 8: Is the Pro model in the lineup really a pro? Check out our Redmi Note 11 Pro 5G review to find out!)

(Update, March 4: We have the respective prices, availability, and limited-time freebie of the Redmi Note 11S and Redmi Note 11 Pro 5G for the Philippine market!)

(Update, February 10: It’s official in the Philippines! Click on this to see the Redmi Note 11’s prices, preorder period and freebies, and availability.)

And guess what? There are four of them, with one Redmi Note 11 model capable of reaching 5G data speeds, unlike its three stablemates. But more importantly, they still have one thing in common: They’re all aimed at price-conscious buyers who are after the best value for their money.

Design-wise, they also share a similar aesthetic, featuring a flat plastic housing with a punch-hole AMOLED screen; sharp, angular edges; dual speakers; a side-mounted fingerprint reader; and a rectangular camera module at the back.

The series will be available in the Philippines from February 11. We don’t have the local pricing details yet, but the international prices of each Note 11 device can be found below:

Starting with the basic model, the Redmi Note 11 aims to set the gold standard in the budget category, packing a Qualcomm Snapdragon 680 4G processor, which is said to be as efficient as they come (largely thanks to its 6nm process), to go along with its 50-megapixel main rear camera and 5,000mAh battery that supports 33-watt wired fast charging. Xiaomi says the built-in cell can go from zero to full capacity in around an hour.

Other devices powered by the Snapdragon 680 include the Realme 9i, Vivo Y32, and OPPO A36. Meanwhile, the AMOLED screen measures 6.43 inches diagonally and has a 90Hz refresh rate. The Redmi Note 11 also gets dual speakers located at the top and bottom of the phone to ensure immersive stereo sound particularly when streaming videos and playing games.

The Redmi Note 11S is similar to the Note 11, at least in terms of design and specifications. What separates the two is most likely their ability to capture photos and videos, particularly in low light. Notably, the Note 11S steps up to a 108-megapixel Samsung Isocell HM2 image sensor that is capable of challenging any midrange device on the market, earning it the tagline of being Xiaomi’s “108MP Expert.”

Launched in 2020, the HM2 is Samsung’s third-gen 108-megapixel sensor. It uses nine-pixel binning tech and can do up to 3x lossless zoom. The camera system of last year’s Redmi Note 10 Pro was headlined by the same sensor.

Moving on, the Redmi Note 11S also comes with a 6.43-inch AMOLED display with a 90Hz refresh rate as well as a 5,000mAh battery that can quickly charge. Compared to the vanilla version, though, the Note 11S is powered by a less efficient 12nm MediaTek Helio G96 chip coupled with Mali-G57 MC2 graphics.

The Redmi Note 11 Pro ships in two flavors; there’s a 4G variant and a unit with a 5G modem. Both share a 6.67-inch AMOLED display with a 120Hz refresh rate and a 16-megapixel selfie camera in a punch hole. They also have a 108-megapixel primary camera on the rear and a 5,000mAh battery that supports fast charging up to an impressive 67 watts.

Basically, they’re largely the same, except the Note 11 Pro 5G has three rear cameras instead of four and usess a faster 6nm Qualcomm Snapdragon 695 SoC. The standard Note 11 Pro uses the same Helio G96 chipset as the Note 11S.

#RedmiNote11Pro5G and #RedmiNote11Pro are amazing devices that easily deliver on our promise of bringing flagship-level tech to the mid-range! #RiseToTheChallenge pic.twitter.com/iLZttzQLF0