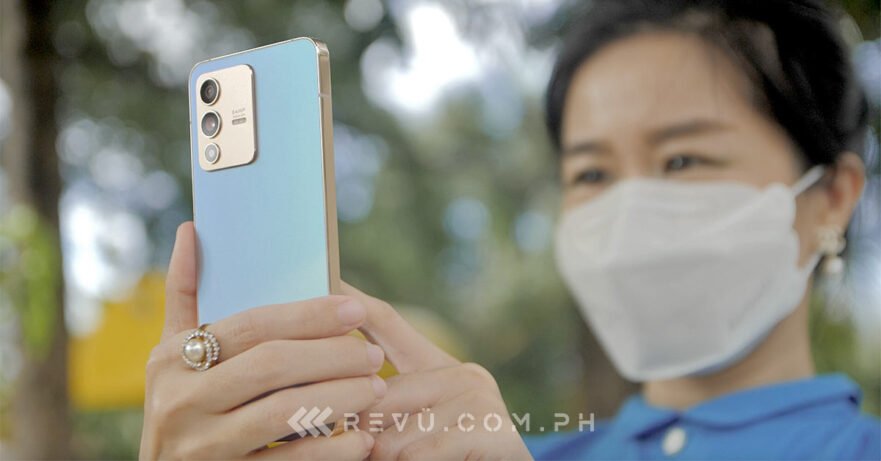 Vivo has recently launched its V23 series in the Philippines, consisting of the Vivo V23e 5G and V23 5G from bottom to top. This duo of midrange beauties introduce a few notable upgrades, but it’s the standard model that debuts Vivo’s color-changing rear panel in the series.

In the Philippines, the Vivo V23 5G officially comes with a P27,999 (around $545) price tag. Following a weeklong preorder period that started February 5, it’s already available in stores nationwide in Sunshine Gold and Stardust Black colors. You can also buy it from Lazada or Shopee.

The V23 5G is a pretty packed device on paper, with the MediaTek Dimensity 920 5G chipset and a total of five cameras on the front and back — two of which sit behind a 16mm ultra-wide-angle lens. But is it any good? Read our full review to find out.

Vivo has shown off some of the most eye-catching smartphone designs we’ve seen over the last few years, including the first commercial phone with a pop-up camera and a concept device without buttons and ports. And though not as bold as the company’s previous models, the Vivo V23 5G still manages to break new ground on the local market.

It arrives as the Philippines’ first “chameleon” smartphone, with the Sunshine Gold V23 5G flaunting a rear panel that uses flourite AG glass, which gives it the ability to change color when exposed to sunlight and UV light.

When under light for even a short amount of time, the Sunshine Gold variant transitions from a light ice blue and pink-orange finish to a blue-green gradient look. It’s not forever, though; eventually, the handset will slowly go back to its original gold color. It looks really cool in person, and we don’t think renders online actually do it justice.

On top of that, you get a matte finish, which doesn’t readily pick up fingerprints and smudges and is surprisingly easy to clean. The back is mostly clean and has a rectangular camera housing with triple cameras and a flash module right beside the lenses. When viewed from the side, the camera bump isn’t half bad either.

We like that the physical buttons along the right are located where your fingers will easily find them. As expected, the bottom houses a USB-C port for file transfer and fast charging. You also get a speaker grill at the base for audio output. There’s no headphone jack or wireless charging here. The overall shape of the V23 5G looks very iPhone-like, with polished metal edges.

Moving on to the display, you get pretty much the same 6.44-inch AMOLED screen as that on the Vivo V21 5G from last year. It’s still a FullHD+ panel with a 90Hz refresh rate and a tall 20:9 aspect ratio. For protection, it’s topped with Schott Xensation Up glass, which is said to be more durable than previous iterations.

The display bezels are small — about as thin as those on the flagship Vivo X70 5G — except on the chin. The bezels at the top and sides of the screen are particularly tiny. However, unlike the X70 (and V21 5G), the V23 5G doesn’t have a punch-hole cutout housing its selfie camera; instead, the V23 5G adopts a similar dual-camera layout on the front as the V20 Pro 5G, where its main and secondary selfie cameras are located in a small notch in the middle of the display.

All of this makes the V23 5G comfortable to hold and use. The phone strikes a nice balance between being too big and too small and should allow folks with regular-sized hands to wrap their fingers around the phone without exerting too much effort.

If you love streaming shows and movies on your phone via apps like Netflix and Amazon Prime, you’ll be pleased to know that the unit comes with Widevine L1 certification and supports HD playback on video-on-demand platforms. There’s no HDR support on Netflix, but you can enable high dynamic range in the YouTube app.

The picture quality is nice, as expected of an AMOLED panel, and you get enough brightness as well to work in well-lit spaces and outdoor areas. Meanwhile, the under-display fingerprint reader unlocks the screen quickly, making unlocking convenient and intuitive. There’s also an always-on setting for the display, if you want to check the time and notifications at a glance, and the off-screen styles Vivo offers are many and plenty customizable.

The Vivo V23 5G gives you three refresh-rate choices: 60Hz, 90Hz, and Smart Switch. The latter automatically selects the most appropriate setting for your phone according to the usage scenario and system power consumption. Take note that enabling 90Hz at all times will consume more battery, so while ramping up the refresh rate should make things appear smoother and will be beneficial to gamers as long as the game can run above 60 fps, it comes with a major drawback as well.

Like its predecessors, the smartphone takes good to great pictures and video under various conditions, but the gap between this phone and a modern flagship offering is noticeable, especially in low-light scenarios. The primary sensors on the back and front show plenty of dynamic range in sunny conditions, while colors pop and details are mostly crisp and sharp where it matters. The bokeh effect in Portrait mode looks natural, and the edge detection is accurate when handling simple backgrounds.

Another notable selfie trick is the dual front-facing flash on opposite sides of the top bezel. Besides helping you take brighter, more even selfies in low light, you can also use them in conjunction with Vivo’s Portrait Style options to create stylish selfies without the need for artificial lighting and third-party apps.

Additionally, Vivo’s Steadiface video mode from the V20 Pro returns. As the name suggests, it tracks your face while shooting a video, steadies your shot based on the movement of your face, and reduces motion blur in the frame as well. This makes the device a great choice for vloggers. 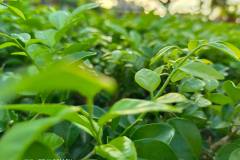 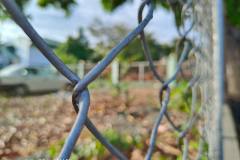 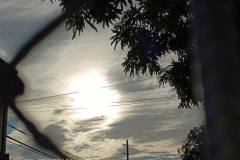 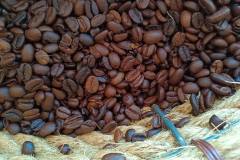 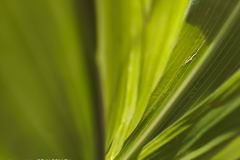 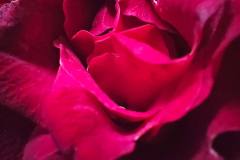 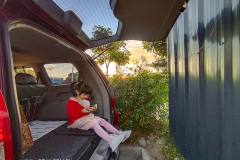 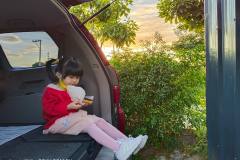 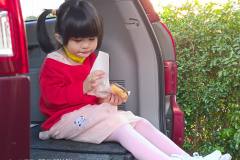 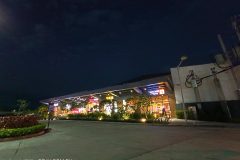 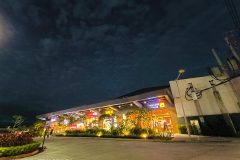 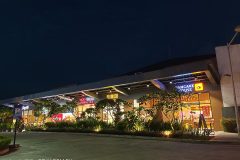 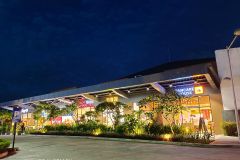 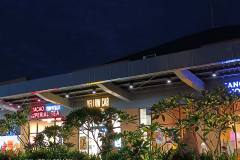 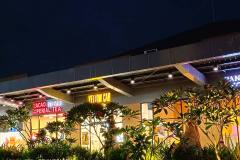 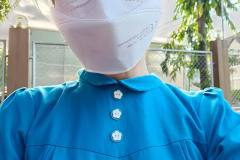 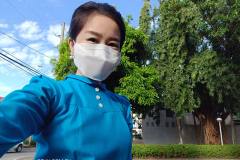 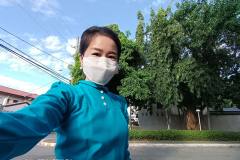 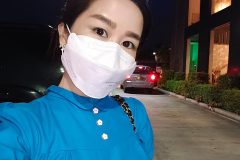 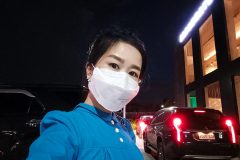 Sample shots captured on the Vivo V23 5G. Click a thumbnail to launch the gallery

Night mode is available on the phone’s main and secondary front and rear cameras, making it one of the most versatile nighttime shooters out there in the category. The V23 5G doesn’t have a dedicated telephoto camera, but the primary sensor is capable of achieving a clean 2x zoom. Just don’t expect it to be a master of magnification; the digital zoom maxes out at 10x.

In the Philippines, the lone variant of this model packs 12GB RAM and 256GB of internal storage. It’s not industry-leading by modern standards, but the memory configuration should be more than enough for typical smartphone users. Virtual RAM expansion is supported up to 4GB to provide a smoother user experience when navigating the home screen and system apps.

As you’d expect, the Vivo V23 5G is quite a smooth performer, particularly with the refresh rate set to 90Hz. Multitasking doesn’t feel clunky, even with multiple apps open, and the phone can run most games at medium to high settings with minimal to virtually no lag.

Moreover, there is a dedicated gaming mode toggle with a built-in Esports mode, voice changer, and more. Some games like Mobile Legends run fine at high frame rates on our review unit, although some graphics settings are locked. It’s likely that those games have not been optimized for the Dimensity 920 5G yet. Our Antutu score of 471,608 is par for the course for devices with a Dimensity 900 series chipset. 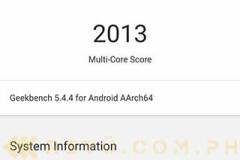 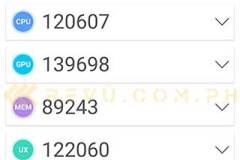 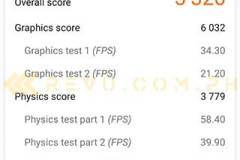 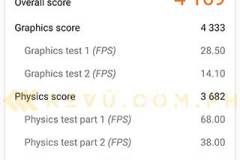 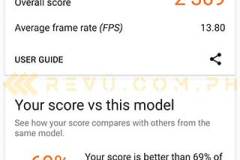 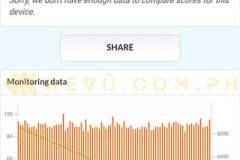 The Vivo V23 5G sports a 4,200mAh battery that should last an entire work day, even if you occasionally use it for games and web browsing using 5G data. In the PCMark battery test, our unit managed 13 hours and 11 minutes with the screen set to 90Hz mode, a respectable showing that gives you an idea of how long a full charge will last. Again, heavy 5G usage will cut the battery life down significantly, not to mention generate a lot of heat on the back of the device.

For fast charging, the handset supports Vivo’s proprietary 44-watt FlashCharge standard, which you can try right away using the included power brick and cable in the box. The X70 uses the same quick-charging solution. In our tests, we found that getting the phone from zero to full capacity usually takes about 70 minutes, give or take a few.

If you’re eyeing the Vivo V23 5G, you may want to check out its immediate predecessor, the V21 5G, as well. That phone also boasts an AMOLED screen with a 90Hz refresh rate and a 5G-capable Dimensity chipset. It’s got a fast-charging 4,000mAh battery, too, in addition to a 64-megapixel main rear camera and a 44-megapixel selfie shooter. It’s now priced at P19,999 ($389), down from P23,999 ($467) at launch. The Qualcomm Snapdragon 778-based Realme GT Master Edition and Xiaomi 11 Lite 5G NE are also great alternatives for less money.

The Vivo V23 5G is a solid midrange offering for customers who want a unique and convenient-to-use phone and are fine with paying more for its overall good looks and wow factor. It’s not the fastest model in its segment, nor does it have a large battery that can power it for days. Then again, it doesn’t fall behind the competition too much either.

Plus, the V23 5G has loads of cameras — twice as many on the front as most other smartphones on the market, with features that make it ideal for vlogging. Ultimately, we think it’s the color-changing design of the Sunshine Gold variant of the V23 5G that will make it compelling for many.