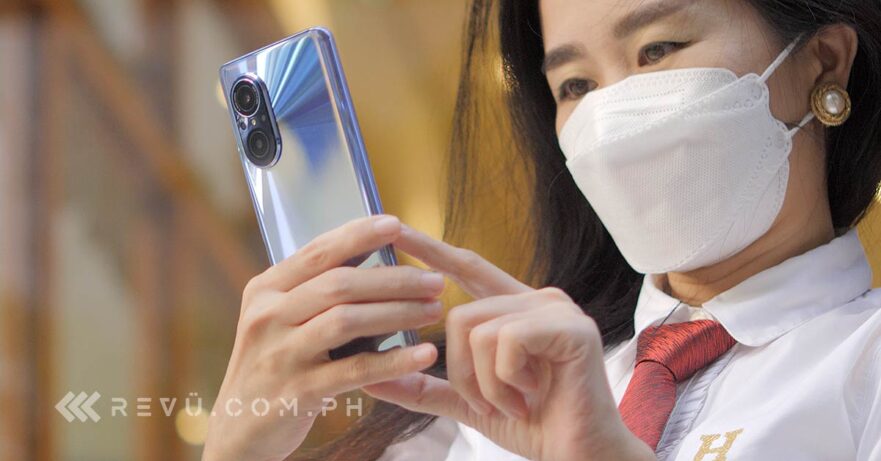 It’s finally here. After its debut in Malaysia, the latest addition to Huawei‘s youth-focused Nova series is now official in the Philippines. Say hello to the Huawei Nova 9 SE.

(Update, March 31: You may want to check out our ‘Huawei Nova 9 SE vs Samsung Galaxy A32 camera comparison’ article!)

Arriving in Crystal Blue, Midnight Black, and Pearl White colors, the lone 8GB/128GB storage variant of the smartphone is priced at P13,999 (around $268). It will be available for preorder from March 18 to March 24. Early adopters will receive a free Huawei FreeBuds 4i worth P3,599 ($69) and Huawei Cloud benefits valued at P1,147 ($22). You may also trade in your old Huawei phone or non-Huawei device for a new Nova 9 SE.

As with the Nova 9 that came before, the spotlight is once again on the Huawei Nova 9 SE’s camera features, particularly those that will help influencers as well as content creators produce and share engaging content on social media and video-streaming platforms.

At the front and center of it all is a 108-megapixel main image sensor with a large sensor size and nine-pixel binning that delivers a 12-megapixel image with lower noise, better colors, and higher dynamic range. The camera is joined by dedicated lenses for ultra-wide, portrait, and macro shots at the back, so you get four rear-facing cameras in total.

Moving to the front, the Nova 9 SE packs a 16-megapixel selfie camera with f/2.2 optics in a punch hole. The screen is LCD and comes with FHD+ resolution as well as a relatively high 90Hz refresh rate.

The phone is powered by a capable and efficient 6nm Qualcomm Snapdragon 680 4G chipset with Adreno 610 graphics, which can play most graphics-intensive games smoothly at reasonable settings. Additionally, the phone features a graphene-based cooling solution that’s capable of cooling down its internals quickly.

It also has a 4,000mAh battery. And while that doesn’t sound like much, the nova 9 SE supports Huawei’s flagship-grade 66-watt SuperCharge standard that promises a full charge after just 35 minutes plugged in.

The Nova 9 SE ships with EMUI 12 out of the box with AppGallery and an improved Control Panel that gives users access to the phone’s connectivity settings plus Huawei’s Device+ feature for seamless and instant pairing with other Huawei devices. EMUI 12 doesn’t support GMS, but you can still use most Google services on the phone through the GSpace app and the phone’s web browser.