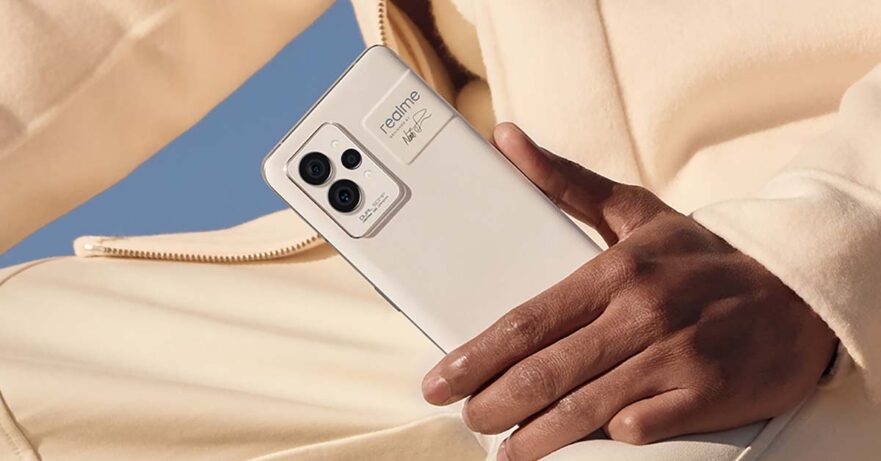 Surprise! The Philippines’ top smartphone brand is rolling out not one, not two, but three handsets starting tomorrow, March 23.

Realme Philippines has announced that the Realme GT 2 Pro, Realme Narzo 50, and Realme Narzo 50A Prime are going to be available in the country beginning this month. This news comes just hours after the Realme GT Neo 3 with up to 150-watt fast charging debuted in China.

If you want premium from the company, then you can never get more premium than the Qualcomm Snapdragon 8 Gen 1-based Realme GT 2 Pro, which got a global launch at this year’s MWC [Mobile World Congress] in Barcelona, Spain.

Remember that the GT 2 Pro also comes with world-first technologies, such as the bio-polymer material-based, paper-inspired overall aesthetic designed in its fourth collaboration with Japanese industrial-design master Naoto Fukasawa; a 150-degree ultra-wide camera with Fisheye mode; and the brand’s Innovation Forward Communication tech. So really, that early-bird offer is a steal.

If your budget calls for an entry-level Realme phone, then you may want to take a look at these two devices from the Narzo series.

The Narzo 50A Prime is the most budget-friendly of the three. The smartphone features a Unisoc T612 chip, a battery with 5,000mAh capacity, and a 50-megapixel triple rear camera. The 4GB/64GB and 6GB/128GB variants retail at P7,290 ($139) and P7,990 ($153), respectively. The two memory configurations will be available soon on the Realme Global Store on Shopee Philippines.

Of course, if you’re after a mid-priced handset, you may want to look no further than the devices that were launched last week — the Realme 9 Pro Plus and Realme 9 Pro.