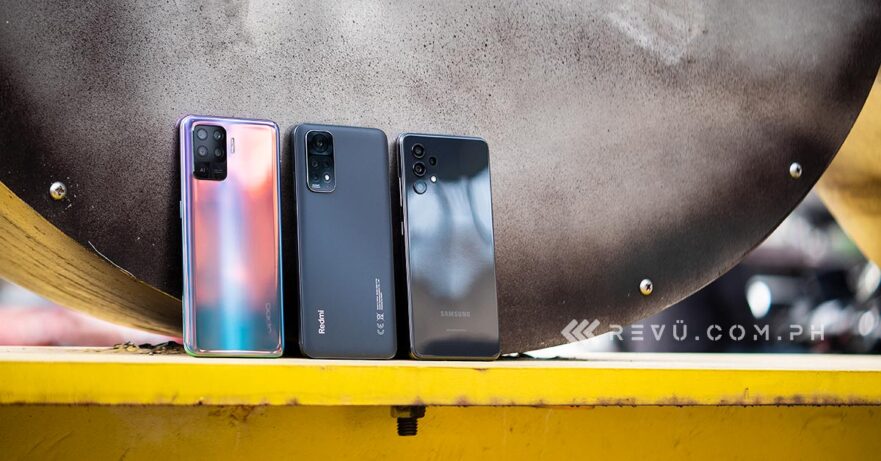 Xiaomi‘s latest offering in the value-for-money segment is now shipping to customers in the Philippines, with the Redmi Note 11 now available at local retail.

Although not on the same price level, the phone is broadly aimed at the same kinds of users as the Samsung Galaxy A32 and OPPO A94. If you’re on the fence and wondering which smartphone to pick, you’ve come to the right place. To help you make an informed decision, we’re comparing the Note 11 against the A32 and A94 in a three-way comparison. Let’s jump in.

All three phones are about the same length, width, and thickness. They weigh similarly, too, but the Galaxy A32 is listed at around 184 grams, making it the heaviest of the three devices in this comparison. It’s the thickest phone of the trio as well. Unsurprisingly, all of them have plastic backs and frames.

While the OPPO A94 looks like the most attractive model among the three featured here, thanks to its gradient coloring, the Redmi Note 11 in Star Blue also boasts a color-shifting design that will draw some eyes. If you prefer a different aesthetic (for an Android phone, we mean), the latter features flat sides and curved corners that make it stand out.

The Galaxy A32 comes in other solid colors as well, but none are on the same level of attractiveness as the gradient colorways for the Oppo A94 and Redmi Note 11. If we were to pick a phone based on good looks alone, the OPPO and Redmi get our nod.

It’s also worth noting that the Redmi Note 11 is the only phone of the bunch that sports dual speakers, with a secondary speaker located at the top rail and an infrared blaster for controlling your home appliances and other compatible devices. Predictably, it delivers the loudest sound, something you should consider if you’re not a fan of headphone listening.

Another interesting hardware feature is the Redmi Note 11’s physical fingerprint reader on the side. Both the OPPO A94 and Samsung Galaxy A32, by contrast, have an under-display fingerprint scanner. It comes down to preference and what you’re used to. We personally feel that the side-mounted sensor on the Redmi Note 11 is more reliable and works faster than the embedded fingerprint readers of the OPPO A94 and Samsung Galaxy A32, although they also lend a more seamless look to the phones.

The Redmi Note 11 and OPPO A94 pack a 6.43-inch AMOLED screen with relatively small bezels all around and FHD+ resolution. The Samsung Galaxy A32, on the other hand, gets a marginally smaller 6.4-inch Super AMOLED panel with FHD+ resolution and a 20:9 aspect ratio, the same as its competition.

Impressively, the Samsung Galaxy A32 is protected by a sheet of Corning Gorilla Glass 5 on the front, while the Note 11 has Gorilla Glass 3 protection. OPPO hasn’t specified any kind of glass protection on the A94. The OPPO is also the only device among the trio that doesn’t support a refresh rate higher than 60Hz. Both the Redmi Note 11 and Samsung Galaxy A32 can operate at up to 90Hz depending on the content onscreen.

Xiaomi says the Redmi Note 11 can reach 1,000 nits of peak brightness, making it brighter than the OPPO A94 and Samsung Galaxy A32, which both peak at 800 nits. In real life, all three displays look great for the segment, with all the typical characteristics of an AMOLED panel: bright, vibrant, and richly saturated.

They deliver satisfying black levels and contrast, too. The blacks on the screen do in fact appear black and not a distant shade of gray. The three displays have an always-on feature, but at the expense of higher battery drain.

All three handsets sport a quad-camera array with dedicated lenses for ultra-wide, macro, and portrait shots. The Samsung Galaxy A32 boasts the sharpest primary image sensor — 64 megapixels — while the Redmi Note 11 and OPPO A94 are equipped with 50-megapixel and 48-megapixel sensors, respectively. The Samsung Galaxy A32 likewise features 5-megapixel macro and depth sensors, compared with the 2-megapixel tertiary sensors found on the Redmi Note 11 and OPPO A94.

When it comes to selfies, the OPPO A94 comes away with crisper, more color-accurate results courtesy of its 32-megapixel front camera, although the Redmi Note 11 and Samsung Galaxy A32 are capable of producing decent shots as well, especially under good lighting. OPPO has marketed the A94 as a highly competent selfie shooter — and rightfully so; it’s a great option for taking selfies.

In ideal lighting scenarios, the trio takes good photos and video with their rear cameras. Low-light imaging isn’t a problem as well, because all three smartphones have a dedicated Night mode. If you’re after the best nighttime performer of the group, it seems that label is particularly appropriate for the OPPO A94, which takes mostly better night shots, thanks to a larger aperture. 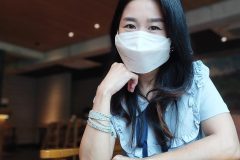 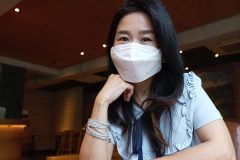 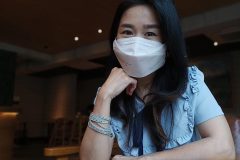 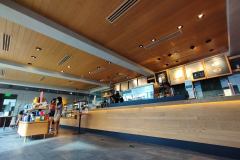 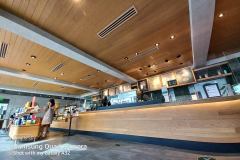 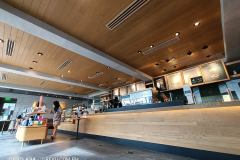 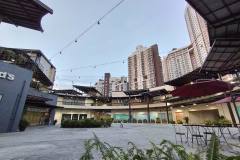 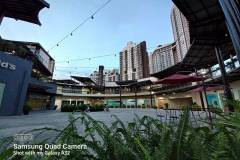 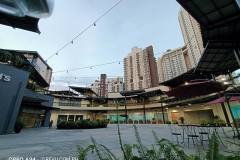 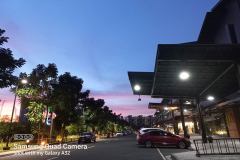 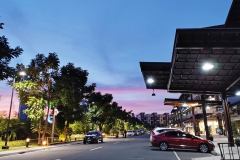 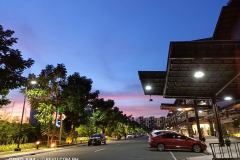 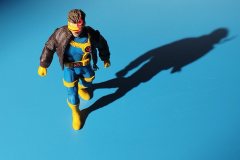 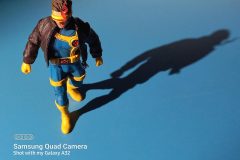 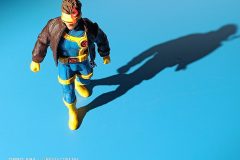 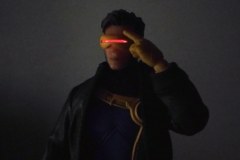 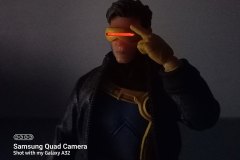 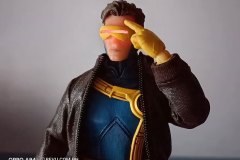 Some sample shots. Click on the first thumbnail to launch the gallery

The Redmi Note 11 impresses as the fastest and most capable smartphone in this comparison. It’s likewise the most efficient handset, both based on real-world usage and PCMark battery-test results. Not only does the Redmi Note 11 outperform the competition when it comes to gaming and day-to-day use, it also lasts longer on a single charge.

But then again, that’s hardly surprising considering its Qualcomm Snapdragon 680 chipset, which is built on a low-power 6nm process and boasts faster CPU cores to go along with better graphics. If you simply want the best-performing phone among the three, then the choice is obvious.

The OPPO A94 and Samsung Galaxy A32 are powered by MediaTek’s Helio P95 and Helio G80 chips, respectively. Compared with the Snapdragon 680, both are older SoCs made using a 12nm process, resulting in slower performance and higher power consumption. The Helio P95 has proven to be a more powerful processor than the Helio G80, despite the latter being marketed as a gaming-focused chip for low-cost devices.

The Redmi Note 11 and Samsung Galaxy A32 pack a sizable 5,000mAh battery that should last two days, or at least a full day. The Samsung Galaxy A32 charges slower, though, maxing out at 15 watts, whereas the Redmi Note 11 goes up to 33 watts, with an advertised charging rate of 0% to 100% in 60 minutes. The OPPO A94 gets a smaller 4,310mAh battery and pairs it with 30-watt fast charging.

Due to the size of its battery, the OPPO A94 charges quicker than the Redmi Note 11. However, if we were to choose between having a faster-charging battery or a longer-lasting one, we’d go with the device that consistently delivers longer mileage on a charge. In this case, it’s the Redmi handset.

And the winner is?

As always, the decision will vary based on the individual, but the performance and battery-life metrics clearly favor the Redmi Note 11. It also packs a brighter AMOLED display than the competition and runs at 90Hz.

The OPPO A94 wins the camera shootout in low light, but it’s a toss-up when it comes to daylight shots with the main and ultra-wide cameras. Meanwhile, the Samsung Galaxy A32 is a pretty good all-around option with regard to display, imaging, and battery life.