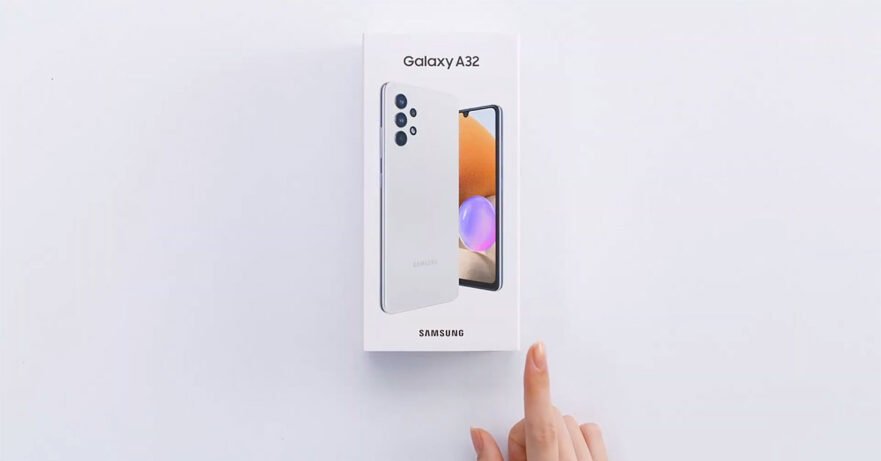 The most affordable member of Samsung‘s new batch of Galaxy A series phones has arrived in the Philippines earlier than its expected April 9 release in the country.

Available in Awesome White and Awesome Black color variants, the Samsung Galaxy A32 4G is now up for sale at the Korean manufacturer’s authorized online partners and at its local online store itself. It’s priced at P13,990 (roughly $288) — or P1,000 ($21) cheaper than the Galaxy A31 when the latter was released in the Philippines around nine months ago.

Say hello to awesome you can feast your eyes on. 🤩 Minimalist outside, outstanding inside.

The Samsung Galaxy A32 4G is targeted at “active individuals [who want] to capture moments on the go and enjoy entertainment anytime, anywhere.” Its key specs include a 6.4-inch FHD+ Super AMOLED Infinity-O screen with a 90Hz refresh rate; a 64-megapixel rear-facing main camera assisted by 8-megapixel ultra-wide, 5-megapixel depth, and 5-megapixel macro sensors; and a 5,000mAh battery that supports up to 15 watts of fast charging via USB-C.

Powering the device is a MediaTek Helio G80 chip paired with 8GB of RAM and 128GB of storage. It also features a 20-megapixel selfie shooter and ships with Samsung’s own One UI 3.0 based on Android 11.

There’s no word on the availability and price of the Galaxy A32 5G yet, but given that we already spotted the 5G version on the company’s Philippine site last month, it should be released soon — probably through a partnership with Smart Communications or Globe Telecom… or both.