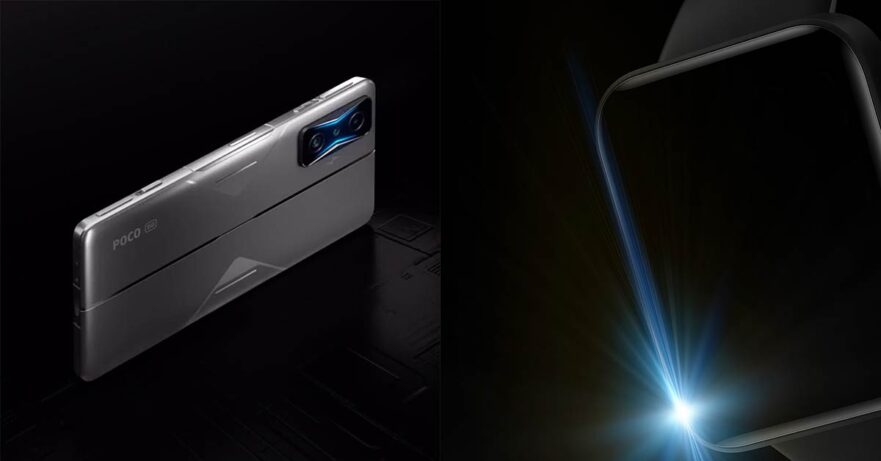 Good news, POCO fans: The POCO F4 GT, which is set to make its global debut on April 26, will be officially sold in the Philippines. This is according to the listings we found online.

(Update, April 27: The POCO Watch and the POCO Buds Pro Genshin Impact Edition have been launched, too!)

(Update, April 26: The POCO F4 GT has been launched globally, including the Philippines!)

The F4 GT, likely a rebrand of the Redmi K50 Gaming, has been listed on POCO’s global stores on Shopee and Lazada, alongside the POCO Watch. The latter recently passed through the Eurasian Economic Commission for certification and could potentially arrive with an Apple Watch-like design and a 1.78-inch AMOLED touch display. POCO’s upcoming launch event will be livestreamed on Facebook, Twitter, and YouTube at 8 p.m. Philippine time (GMT +8).

In China, the Redmi K50 Gaming carries a base price of ¥3,299 (about $507 or P26,659 converted). While that certainly sounds appealing given the phone’s flagship-level hardware, we believe the POCO F4 GT is going to fetch a higher price tag when it arrives here, though it’ll still be more affordable than most other Qualcomm Snapdragon 8 Gen 1-based models on the market.

Nonetheless, the smartphone’s domestic release should be a welcome development, especially considering that last year’s POCO F3 GT wasn’t sold through official channels in the Philippines.

Interestingly, there are two separate listings for the POCO F4 GT on the brand’s store, possibly indicating that a limited-edition model might also be on the way. China got the Redmi K50 Gaming Mercedes-AMG Petronas Formula One Team Edition, so it’s not too far-fetched to imagine that we may see a similar model based on the F4 GT.

On top of Qualcomm’s Snapdragon 8 Gen 1 5G chipset, which we already know is coming to the F4 GT, the phone is tipped to come with quad speakers, pop-up shoulder triggers, a 6.67-inch FHD+ AMOLED screen with a 120Hz refresh rate and 480Hz touch sampling, a triple-camera system with a 64-megapixel main camera, and a 4,700mAh battery that supports 120-watt fast charging over USB-C.

In related news, an alleged unboxing video of Xiaomi‘s POCO F4 GT was posted on social media earlier this week. It seems to confirm some of the specs mentioned above, including the phone’s 120Hz AMOLED panel and super-fast-charging battery.