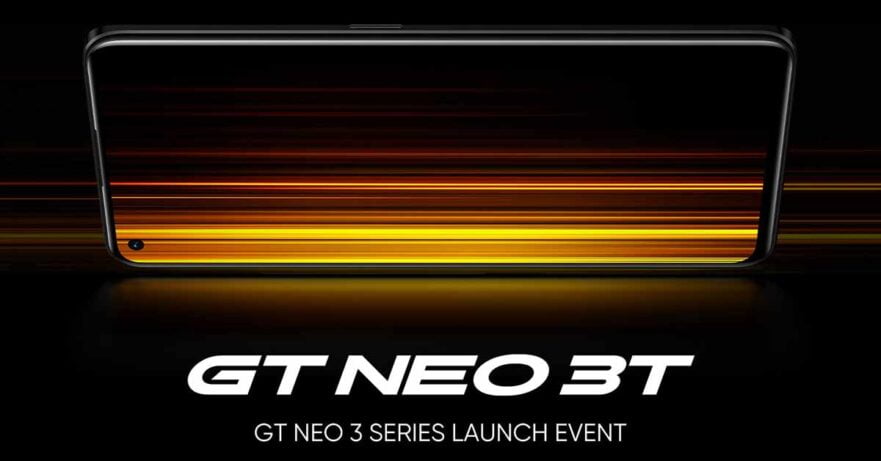 We still can’t get over the launch of the Realme GT Neo 3 Naruto Edition in China, and yet here is Realme preparing to unveil another smartphone — for the global market this time.

The brand has revealed that the Realme GT Neo 3T will be coming soon. There’s no launch date at the time of posting this article yet, but expect the announcement to happen in about a week or two. (UPDATE, May 30: The Realme GT Neo 3 series is launching June 7!)

The image in the teaser shows that the Realme GT Neo 3T comes with a punch-hole screen, where the cutout is placed on the upper-left side instead of at the center like in the GT Neo 3. The power button is placed on the right frame, so the volume keys should be on the left. We wonder if the former serves as a fingerprint scanner to unlock the unit. The design doesn’t look like it, though.

The GT Neo 3T was spotted on Geekbench and sites of certification authorities like Thailand’s National Broadcasting and Telecommunications Commission sporting a Qualcomm Snapdragon 870 5G processor, an Adreno 650 GPU, 8GB of RAM, 256GB of storage, a 6.5-inch screen, and a user interface based on Android 12. However, the smartphone could have other memory configurations.

Its listing on Camera FV-5 shows that there’s a 64-megapixel primary camera on the back and a 16-megapixel sensor on the front.

The GT Neo 3T’s predecessor, the GT Neo 2T, didn’t arrive in the Philippines, so we’re not keeping our hopes up that the upcoming model will become available locally.