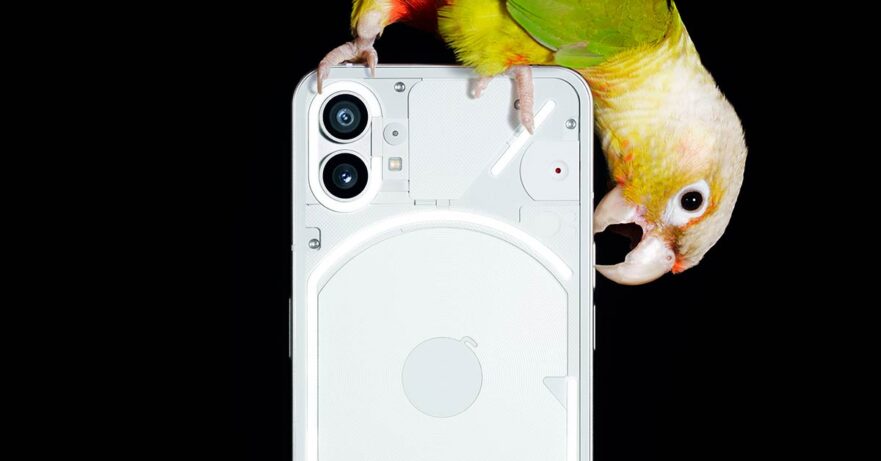 Following months of rumors and leaks, Nothing Phone 1‘s design has been revealed by the London-based tech startup founded by former OnePlus director Carl Pei.

(Update, July 13: The Nothing phone 1 has been launched!)

And guess what? The latest teaser for the brand’s first mobile device, which will make its global debut July 12, confirms what many people in the industry have suspected all along: The Nothing Phone 1 will indeed sport a minimalist translucent back that looks nothing like any smartphone you’ve ever seen before (unless you’ve seen the transparent editions of Nubia’s RedMagic gaming phones, of course).

A return to instinct.

Tune in on 12 July to hear all about it: https://t.co/FEJL4Jb2Aw pic.twitter.com/5XUbvo8dwZ

You can clearly see the wireless charging coil here, as well as the dual rear-facing cameras. Previously, it was reported that the handset will bring support for fast cable charging up to 45 watts. You’ll also find some white strips around the camera island and charging coil. It’s unclear if they are just reflective or use battery power to light up.

According to earlier reports, the Nothing Phone 1 will arrive with Qualcomm’s Snapdragon 7 Gen 1 chipset running Android 12-based Nothing OS out of the box. The Snapdragon 7 Gen 1 is the same chip found in the OPPO Reno8 Pro. It is built on Samsung’s 4nm manufacturing process and promises faster performance than its predecessors — the Snapdragon 778G and 780G SoCs.

The Nothing startup has raised over $143.3 million as of April, with $63 million coming from Android-community backers and the rest from venture capitalists. That suggests a lot of enthusiasm for the first Nothing phone, which Pei claims will be a “compelling alternative” to the Apple iPhone.